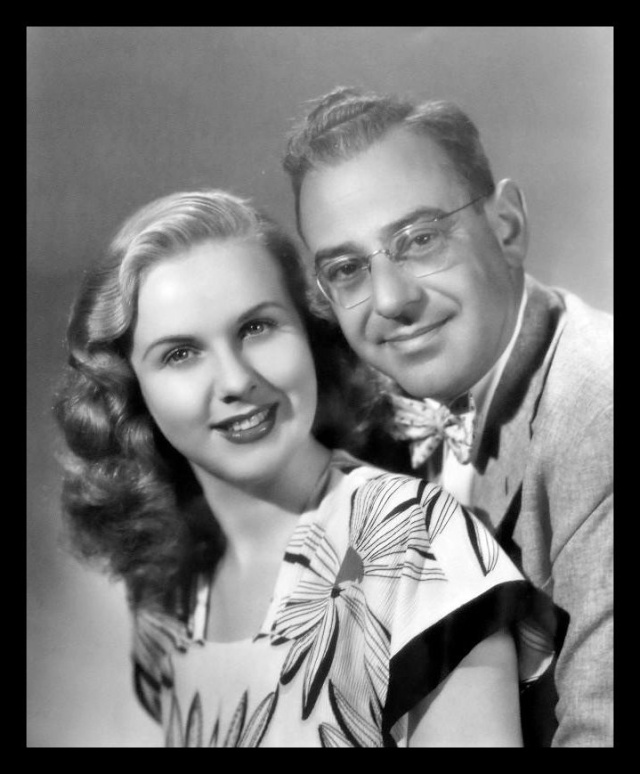 Jackson was involved in screenplays and production of a number of Deanna's movies.

The wedding took place in Las Vegas at The Little Church Of The West.

Felix Jackson had been married 3 times previously and was about 20 years older than Deanna Durbin. 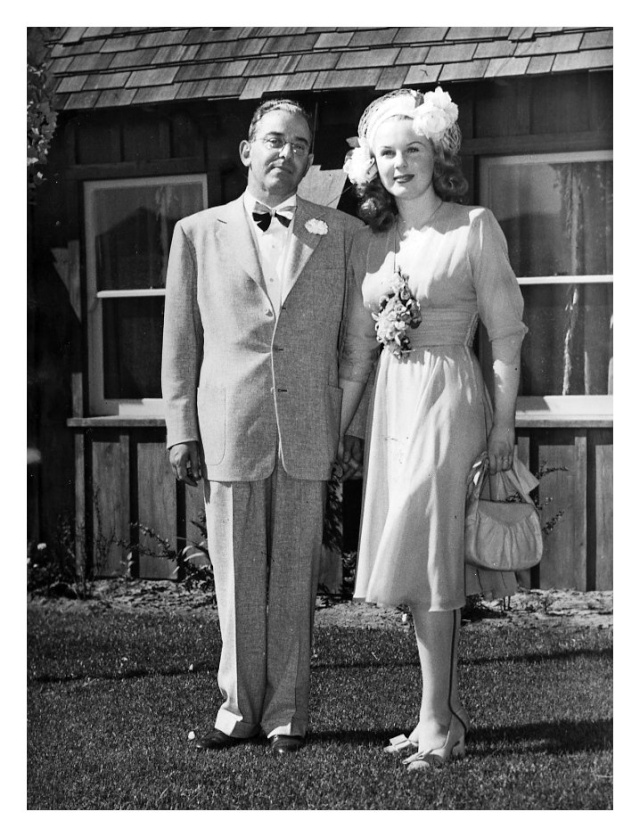 Deanna wore a grey chiffon frock with hat, gloves, and shoes of pale pink. She was attended by her sister Edith Heckman and the Best Man was Clarence Heckman. The Rev. A.C. Melton, Pastor of Immanuel Community Church officiated. Deanna and Felix drove back to Los Angeles the same night to start their 10 day Honeymoon. 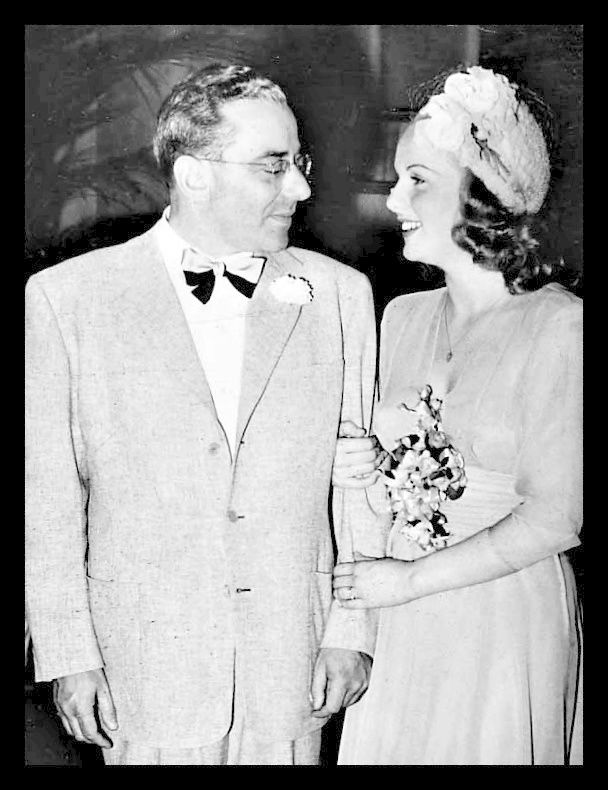 This photo taken in April 1946 of Deanna and Felix at the Stork Club in New York: 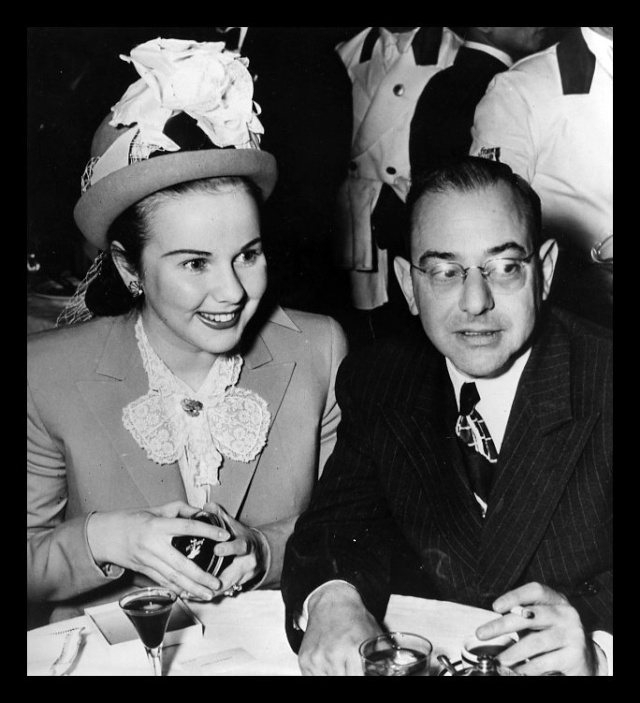 Deanna & Felix at the Mocambo nightclub: 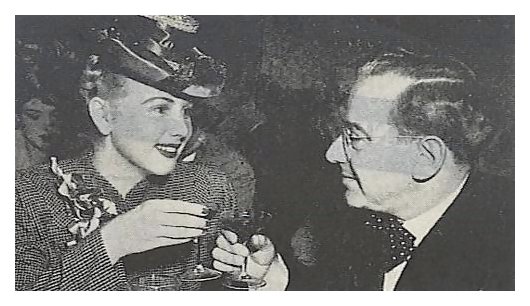 Another photo of Deanna & Felix at the Mocambo nightclub: 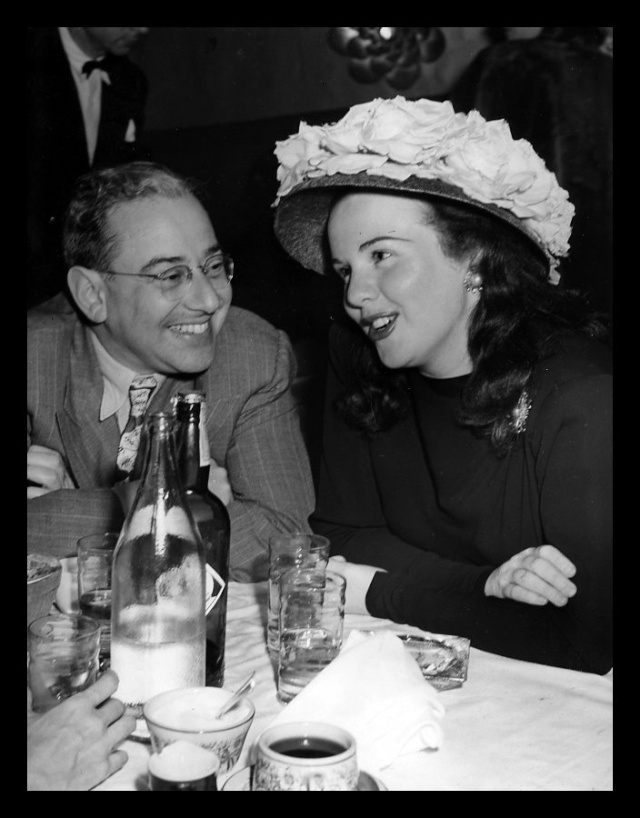 Deanna & Felix at the Chanteclair Restaurant in Hollywood: 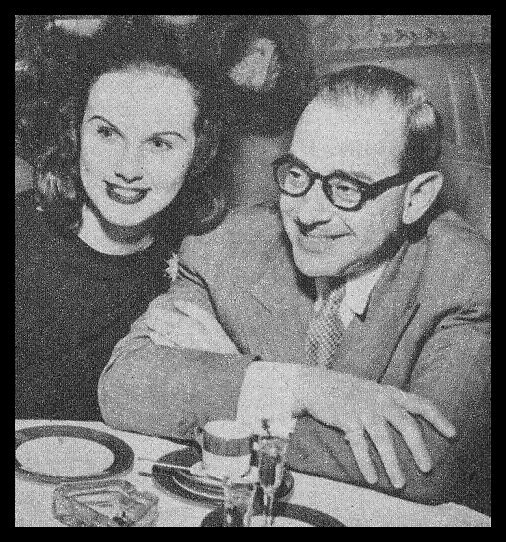 Another happy snap of Deanna & Felix: 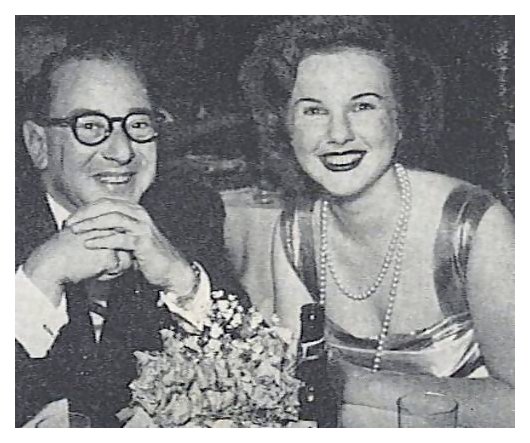 Deanna Durbin and Felix Jackson arriving in Chicago by train: 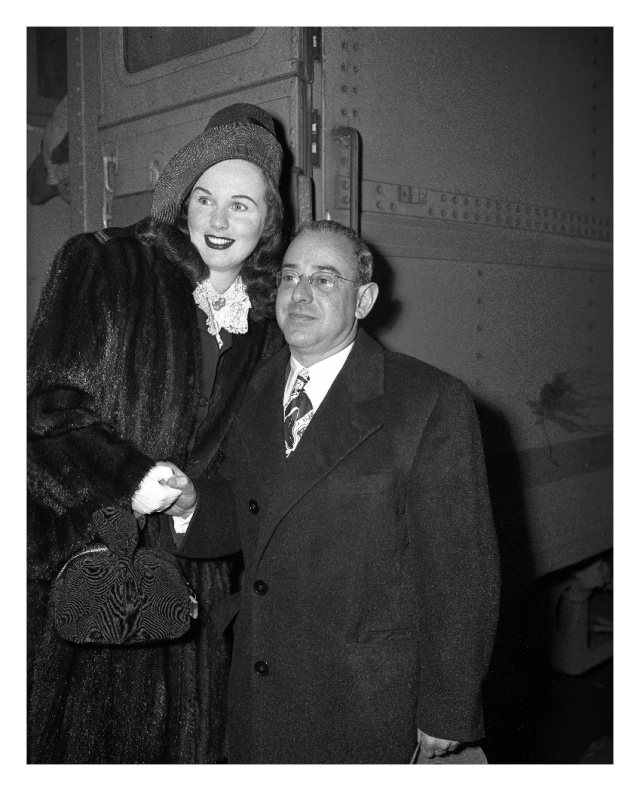 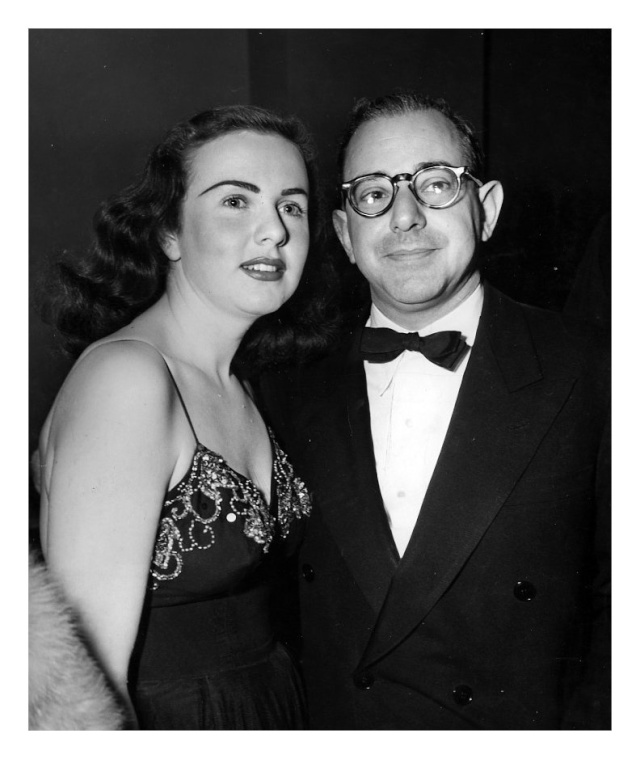 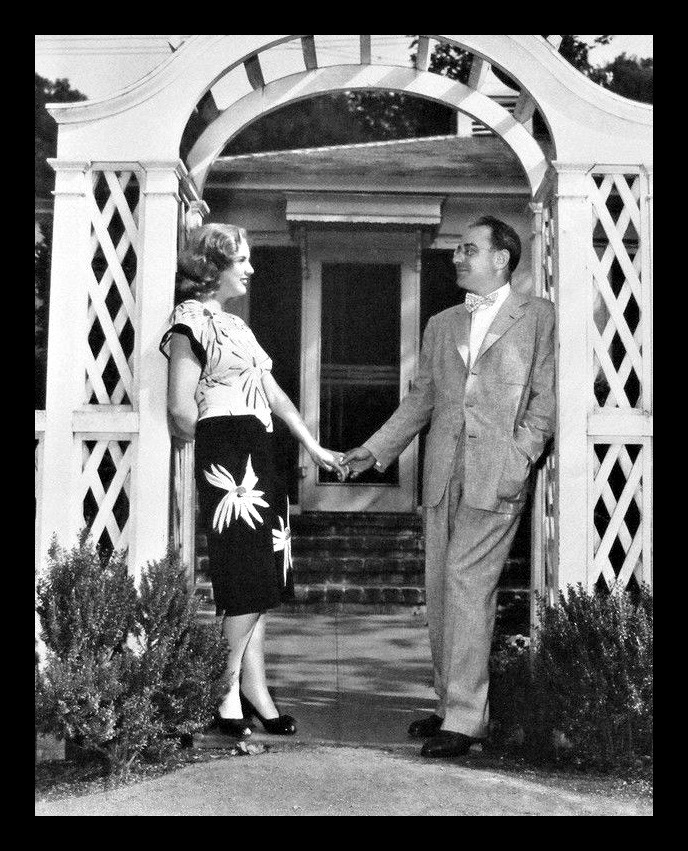 Deanna and Felix at work together: 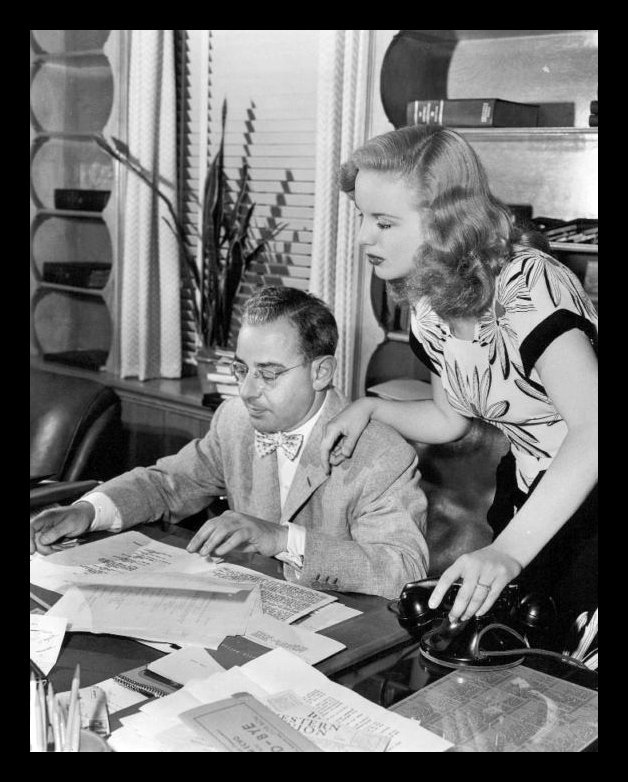 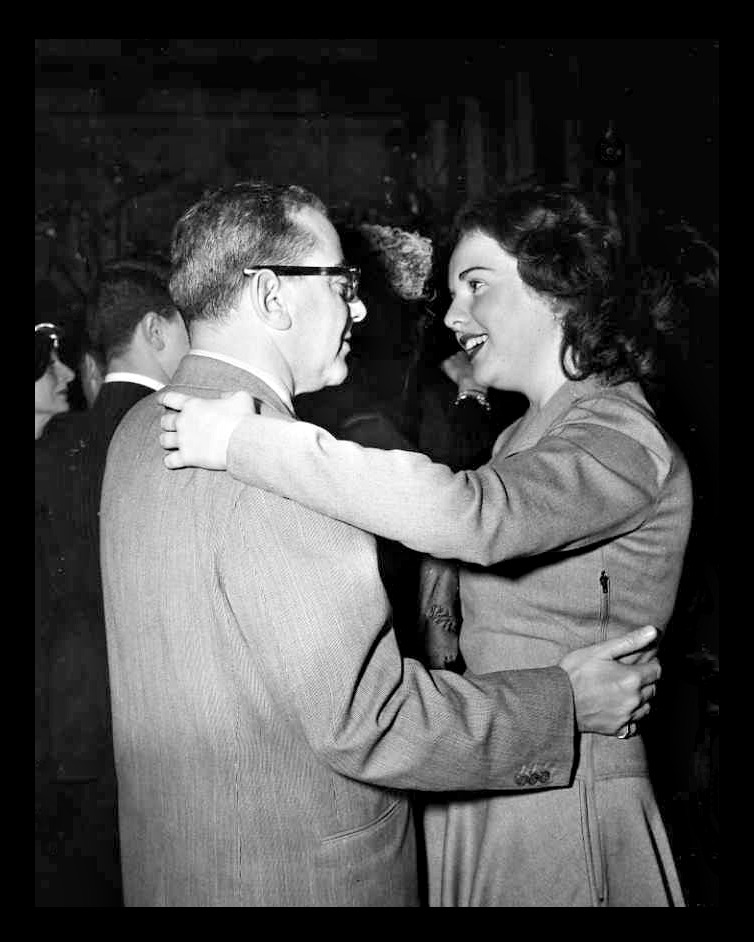 Deanna looking like a million dollars with husband Felix: 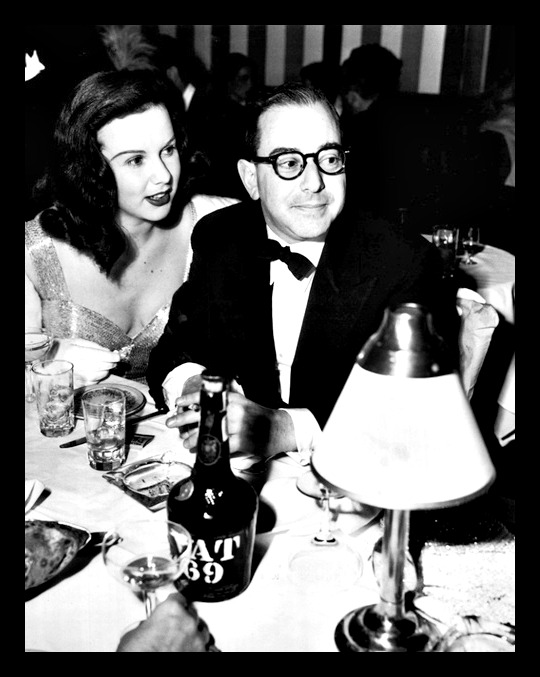 Deanna and Felix enjoying a meal with friends: 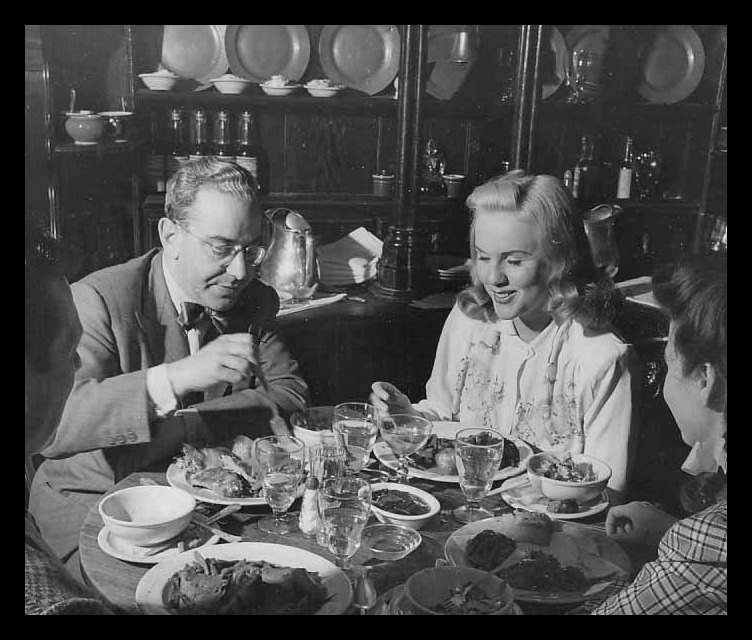 This photo taken in May of 1947 of Deanna and Felix at Cirio's nightclub: 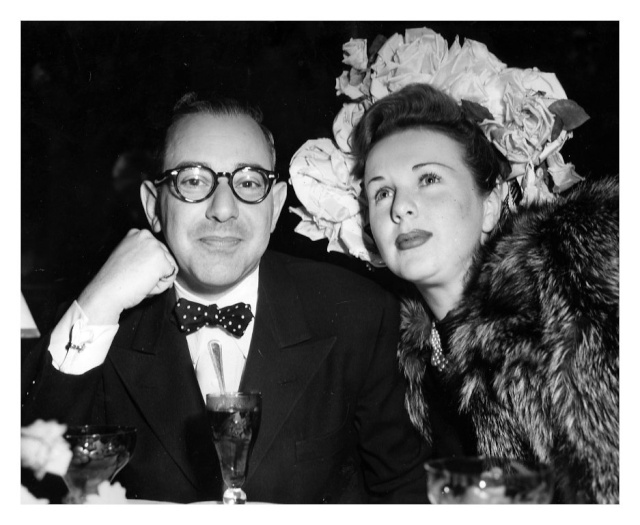 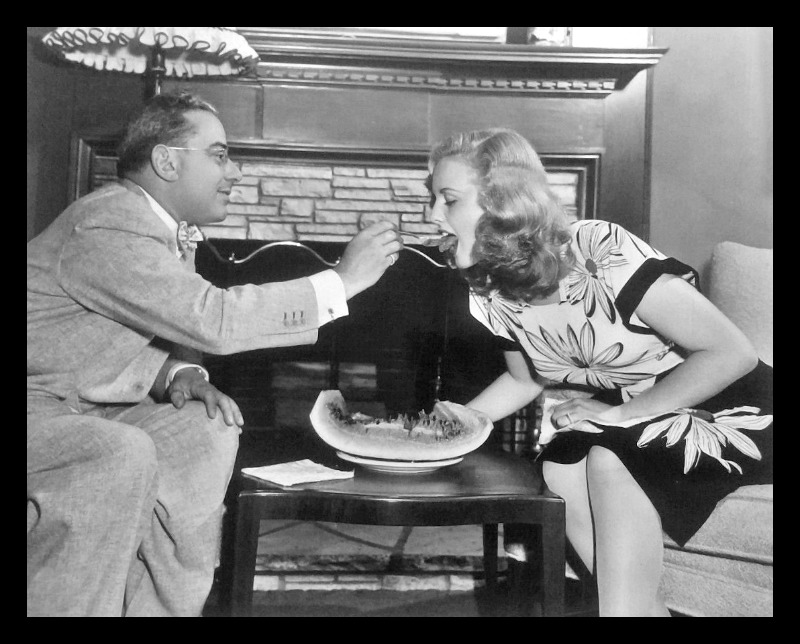 Deanna with a not so happy Felix: 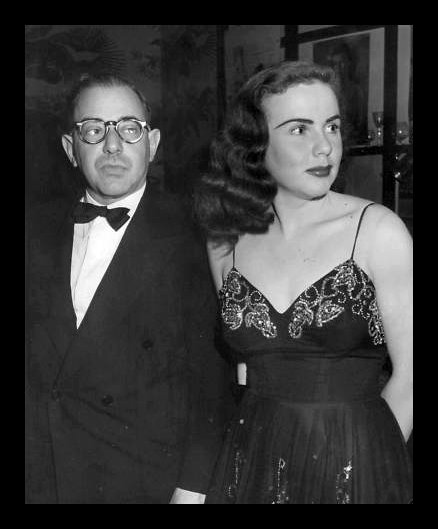 After about a year of marriage to Deanna Durbin, Felix Jackson started a series of unhappy moods and a certain restlessness.

About six months after that, he told Deanna of his unhappiness being a married man and was going to do something about it.

Felix left for New York and never came back to her. Attorney Elmer Bromley officially announced their separaion on 5 January, 1948.

Deanna said the following: "If you are going to have little temperamental moments it is just as well if the man you are married to isn't around either to sympathize or argue with you about them. I found Felix and I taking home these problems, still discussing inconsequential things that might have been forgotten if we had been apart during the day. We never had new and different problems to discuss. Working together all day as we did, we found we had no outside interests, no stimulating contacts to bring to even the ordinary dinner conversation. Instead, trivialities of the day became major problems at the dinner table. Or else we knew every detail of the other's day so thoroughly we had nothing to talk about at all. One of those things leads to arguments - the other to utter and complete boredom. And that is what happened between Felix and me."

The official reasons given for the divorce were desertion and mental cruelty.

After their divorce on 27 October, 1949, Deanna was granted custody of Jessica. Under the property settlement, Felix agreed to pay Deanna back a $12,000 loan and to guarantee $60,000 in bank loans. A pre-nuptial agreement gave them the right to keep his or her own income. 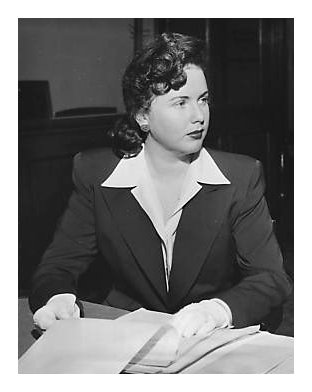 INTERESTING NOTE: In 1940, Jackson's former wife, Licci Balla also divorced him on the grounds of desertion!!