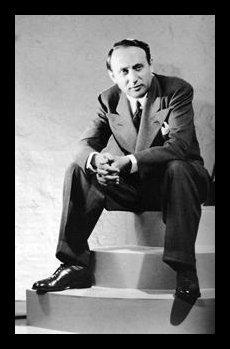 Joe Pasternak was an immigrant boy from Hungary, one of the family of eleven children who were supported frugally by the bookkeeper father. When Pasternak was 17 years old, the family finances were further complicated. World War One had come to an end, and in the rush of soldiers to civillian life the father was thrown out of work.

Young Joseph was sent to America in the steerage class to relieve the strain. Because his uncle lived in Philadelphia, young Joe went there, and his first job was in a belt factory, punching holes in leather belts. For each gross of belts he punched, young Joe received six cents. He worked with enthusiasm. At the end of the first week he had earned $11. It was a lot of money for a boy who had seen the privations and starvations visited upon Hungary during and after the War. From then on, Pasternak took on a succession of various jobs. In New York, he was employed to pluck chickens in a wholesale butcher shop. He got five cents a chicken. He plucked them as fast as he could until his hands became so numb that he could hardly move his fingers. Then he quit, and this time he found a more congenial post as a busboy in a cafeteria in the Roaring Forties.

For eight solid months, Pasternak collected $12 a week, and saved enough money to study for the stage. Motion pictures then were being produced in the east at the Long Island studios of Paramount, so Pasternak, inflamed by the idea of a dramatic career, determined to get a job there and he did. He became a busboy at the Paramount commissary for $15 a week. After three months the ambitious youngster was promoted and became a waiter. At last he was in his element. He was the contact man between the kitchen and the great names of the movie screens.

The first time he served Gloria Swanson he dropped a salad and it just missed landing in her lap. Allan Dwan, who was directing the Swanson pictures, took an interest in the ambitious young waiter. Within the year Pasternak was acting as Dwan's first assistant for $45 a week. It was too good to be true. Paramount closed the Long Island studios. Like so many others with a dream, Pasternak travelled to Hollywood, but there was nothing for him. He had little money left. He made a two-reel comedy with El Brendel, and director Wesley Ruggles was so impressed with Pasternak's work on a limited budget that he engaged him as his assistant at Universal.

In 1926, Universal opened a production unit in Germany, Deutsche Universal-Film AG, under the direction of Pasternak. This unit produced three to four films per year until 1936, migrating to Hungary and then Austria in the face of Hitler's increasing domination of Europe. With the advent of sound, these productions were made in the German language or, occasionally, Hungarian or Polish. In the United States, Universal Pictures did not distribute any of this subsidiary's films, but at least some of them were exhibited through other, independent, foreign-language film distributors based in New York, without benefit of English subtitles. Nazi persecution and a change in ownership for the parent Universal Pictures organization resulted in the dissolution of this subsidiary. Pasternak returned to Hollywood in 1936 with director and friend Henry Koster. It was then he had the great fortune to meet up with Deanna Durbin who proved to be his greatest star! 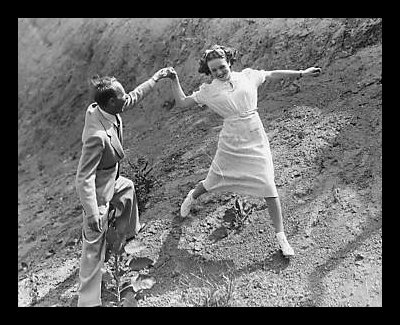 Every Deanna Durbin movie produced by Joe Pasternak was a box-office winner!! 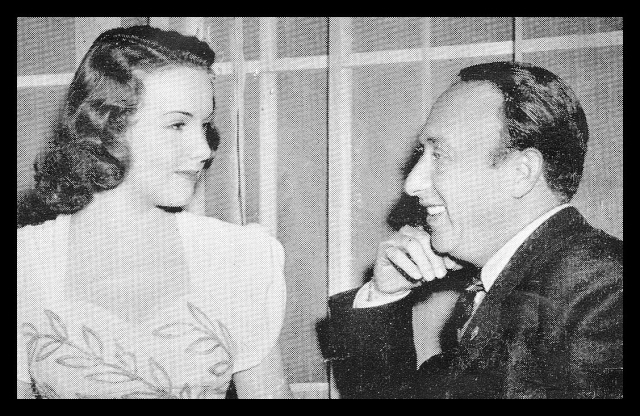 The problem of keeping normal in Hollywood is not an easy task for any movie star including Deanna Durbin. Poised as a veteran, prettier than ever, she arrived for an interview clad in rosy tweed. "I believe in keeping a perspective of yourself when you are a sudden success," she said, thoughtfully. "But I may get my head turned yet. Who knows? Just now it seems clear that what happened to me in pictures could happen to anybody. It may be over as suddenly as it began, and then I'd be back at school with the other girls. And how silly I'd feel if I had gone high-hat over it. I couldn't even go back to my own classes, because I've lost a year and a half since I went into pictures. You see, I have so much to do outside of school that I can't keep up with girls who do nothing else. I have a voice lesson every day, and I've done a lot of radio work as well as my screen plays. When I'm not making pictures, I have to learn and record songs. If I were an older and more experienced singer, I could have worked up a repertoire, so that I could say, 'We'll sing this and that here and this group there,' and I'd know the music. As it is, I must learn each one new. I want to learn German, French, and Italian, so that I can sing with ease in any language. Now, when I sing a German song, I must learn each word, what it means, and what the whole song means first. I like pictures. I have fun making them. All of us have fun, although we work hard. I don't miss going to parties because I'm usually so tired I'm glad enough to go to bed when I'm working. And I do go out a little. I gave a party myself, planned the menu, arranged the decorations, chose the flowers, and my dress. We danced. Kids this age like dancing better than anything else." The waitress appeared at that moment with a plateful of pennies. "Mr Pasternak sent these to you, Miss Durbin. He says he missed giving you one the last nine days and the other is for tomorrow, when he'll probably forget again," she said. "Thank you." Deanna counted the ten pennies and put them in her purse. "My name is 'Penny' in THREE SMART GIRLS GROW UP, so I get a penny a day from my producer," she explained. "But I never have time to spend it." Deanna then turned to her producer asking him, "Oh, Mr Pasternak, have you seen the rushes?" He nodded, gravely. "The shadows in the water were very good. Very good indeed. And the apple looked quite wonderful. You were there, too, I believe. But that apple was remarkable. I shined it myself. I thought I did a remarkable job on it." Deanna hit back with, "Is that so? Why don't you go into the apple business?" Now that was an example of the fun type of working relationship Deanna Durbin had with Joe Pasternak. 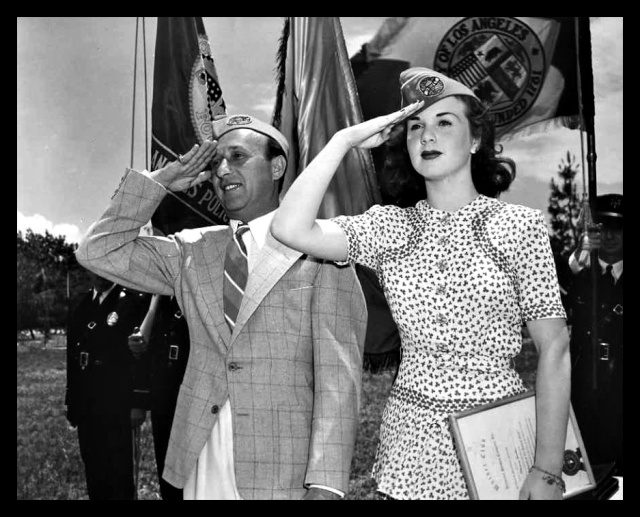 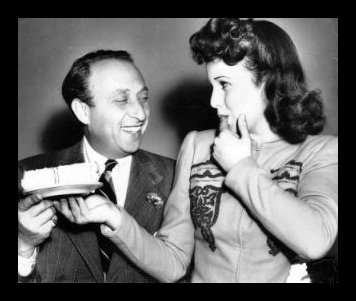 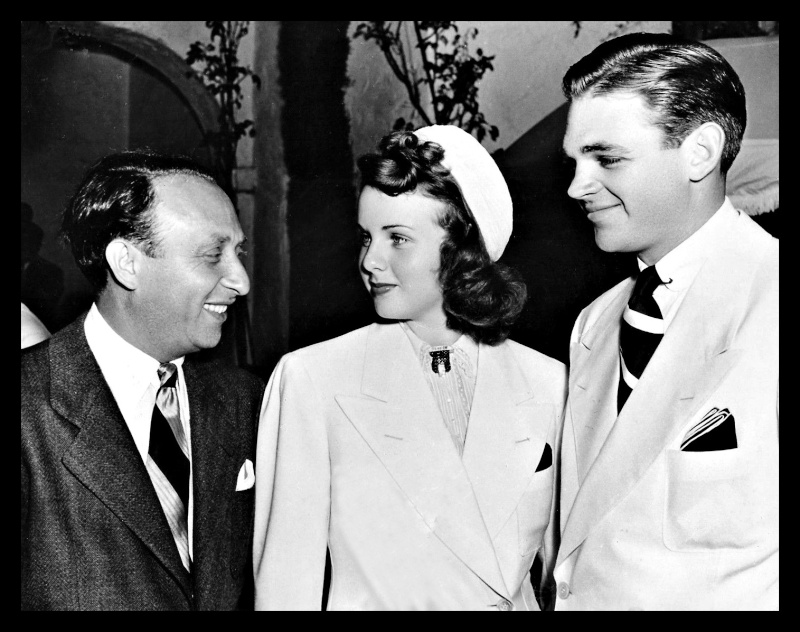 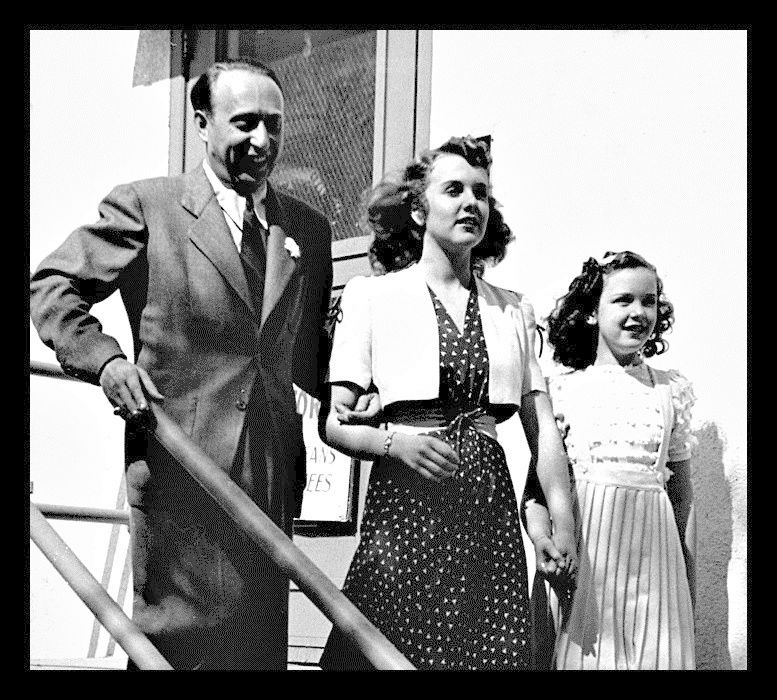 Deanna Durbin visiting Joe Pasternak and Gloria Jean on the set of THE UNDER-PUP: 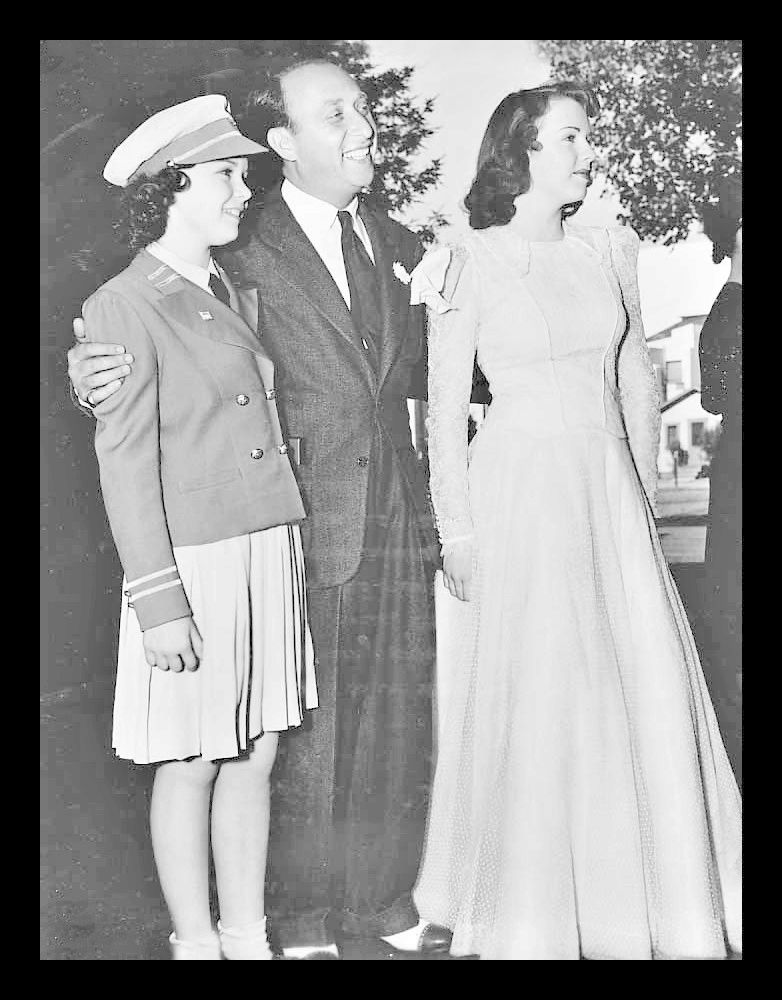 After Joe Pasternak left Universal for MGM, his dream was to get Deanna Durbin to join him. Originally he wanted to team her with Jeanette MacDonald in the 1946 movie called the TWO SISTERS FROM BOSTON, but sadly it never happened. 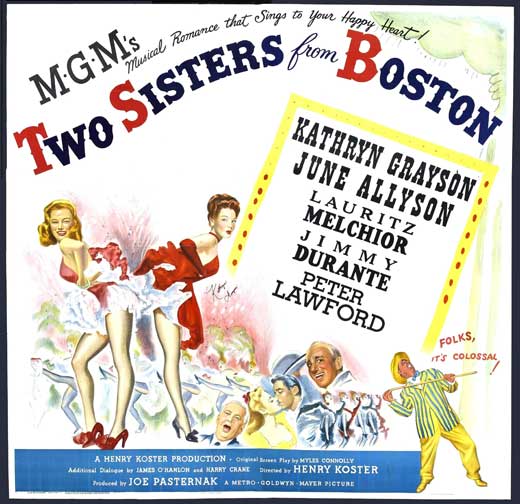 Right to the very end of his life Joe Pasternak had fond memories of Deanna Durbin. 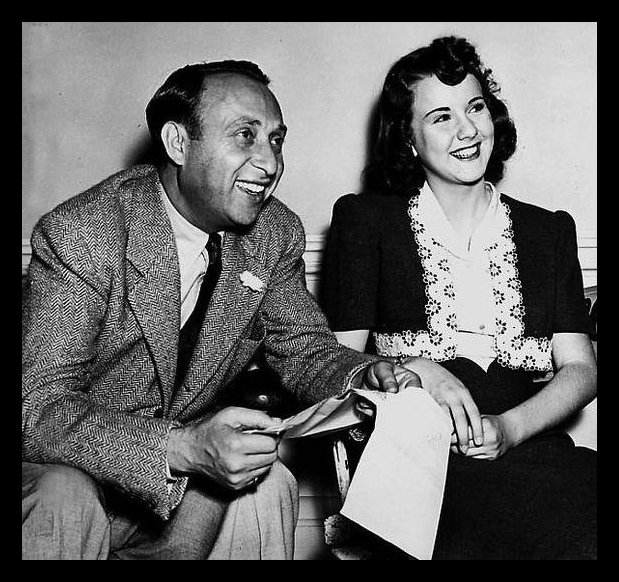 Joe Pasternak, who continued producing movies until 1968, died in 1991, six days before his 90th birthday.