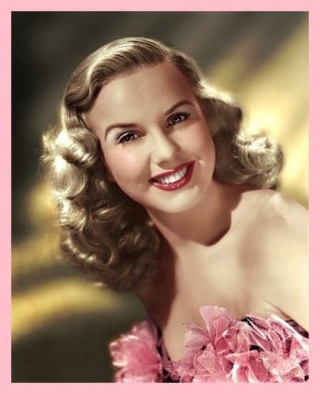 MOVIE SYNOPSIS:
The beautiful and very likable Mary Peppertree has left her job as a switchboard operator at the Supreme Court and is now doing the same job at the White House. Some of the Chief Justices are unhappy about Mary leaving because they relied on her for almost everything. The Justices also want Mary to marry an attorney called Phillip Manning to whom she was previously engaged. At the switchboard, Mary receives calls from David Paxton who insists on speaking to the President about the US Navy stopping him going to Kocopango Atoll to study fish. After work she goes to a restaurant owned by Gustav Heindel who wants to become a Citizen of the United States. Phillip is at the restaurant which gives Mary an opportunity to properly explain to him her reasons for calling off the engagement. She also bumps into David who is angry at her for blocking his calls to the President. The next day while working at the switchboard, Mary gets a visit from the President’s secretary, Harvey Elwood who brings her a cure for the hiccups. Meanwhile, David is denied access to the White House, so Mary tells him that she can arrange for him to meet the President if he is willing to escort her to a party to which he agrees. However, to Mary’s surprise, it is not David, but Tom Farrington who picks her up which was arranged by the President. Mary and Tom arrive at the party and as soon as Phillip sees them together he becomes jealous. When Mary arrives home that night she is confronted by David who complains about being stood-up, but he still kisses her before he leaves. The President finally speaks to David over the phone, but the President only talks about Mary and not fish. Mary then goes to lunch with David who tells her the story of Kocopango Atoll and that he is now the legal owner of the island. Mary tells David that she will get Phillip to help him. That night, the President arranges for Tom to take Mary to a movie. She is thus forced to break another date with David. Phillip meets David to discuss the island, but Phillip is only interested in talking about Mary. David decides he’s had enough of all the nonsense and leaves the city which causes Mary to get angry with Phillip for not helping him. The father of Tom’s real girlfriend convinces Harvey that Tom must not see Mary anymore because he already has a girlfriend. Harvey tells David to take Mary to the opera because Tom will be busy elsewhere. When they get back to Mary’s house, Phillip is waiting for them. He has fixed everything for David who has now decided to stay in the city. Tom arrives on the scene and smells a rat. Tom was meant to come between Mary and Phillip, while David was meant to split up Mary and Tom. David becomes angry and storms off. Phillip apologizes to Mary and Tom proposes marriage. In all the confusion, Gustav thinks that Mary is back with Phillip, while the President believes that she will be marrying Tom. Harvey is informed that David is not a legal US citizen and so he is threatened with deportation. Harvey then finds out from the navy that if David is deported to Kocopango Atoll (Carlson Island Naval Base) then the base will have to be moved. The President calls a meeting and Phillip and Tom take David to the White House. David then talks to Mary and Justice Peabody at Gustav’s restaurant and they come up with a proposition. David will become Director of Fish & Wildlife research, Tom will be placed on active duty, Phillip will get his own legal practice, and Gustav will become a US citizen. Mary then phones the President with the good news and ends up in David’s arms. 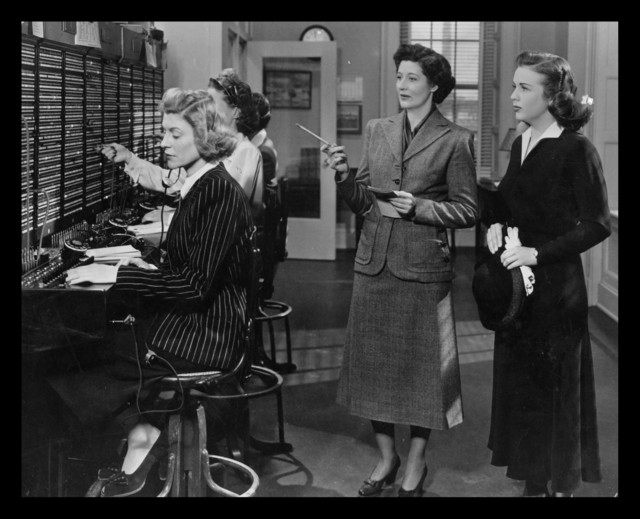 Mary soon becomes the most popular girl on the switchboard. 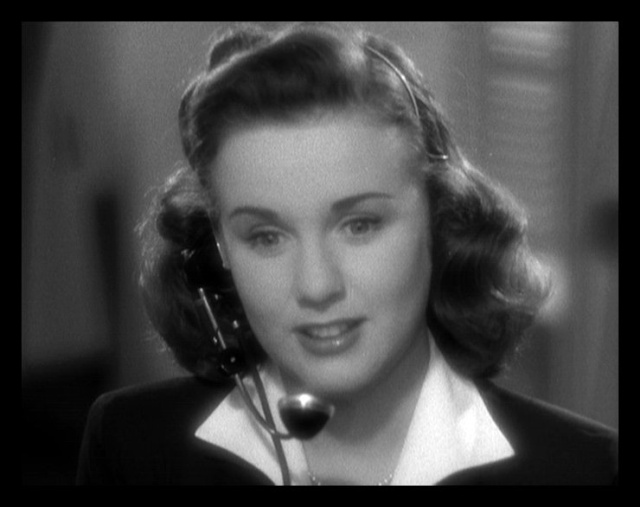 Mary sings and dances to the gorgeous music of a Viennese Waltz at a restaurant owned by Gustav Heindel (Hugo Haas). 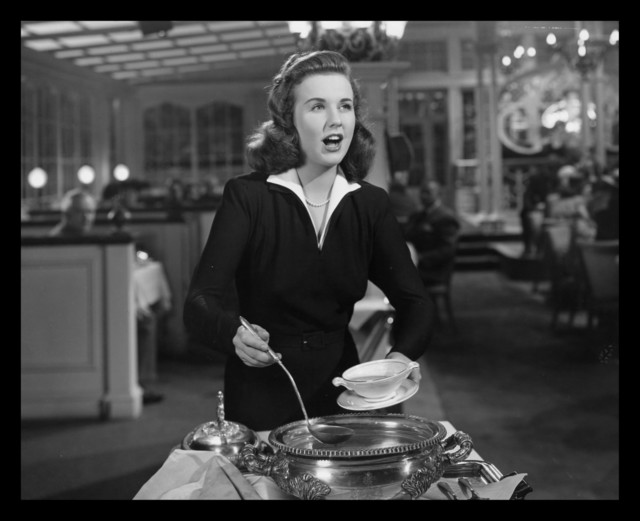 INTERESTING NOTE: The "Viennese Waltz" performed by Deanna Durbin is a song in two parts. Both parts are themes in Strauss's "Roses From The South." The arranger and lyricist was Frank Skinner. He previously published a music book called the "Robbins Viennese Waltz Medley" for the Robbins music-publishing firm. Hans J. Salter, a Strauss expert from Vienna, worked with Skinner on many projects at Universal Studios.

David Paxton (Don Taylor) crosses paths with Mary as she is leaving the White House. 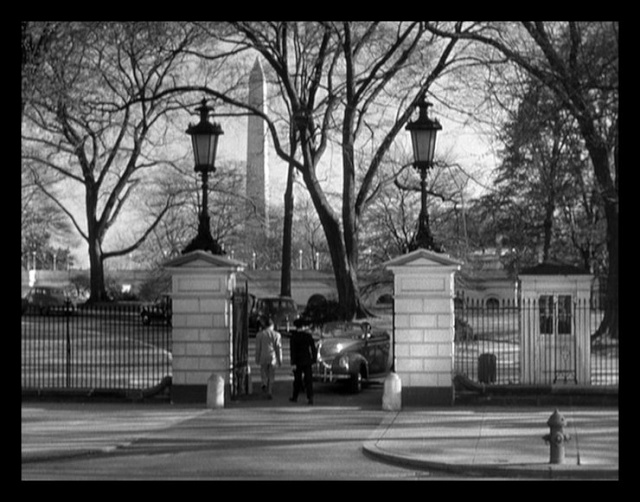 At the Peabody party, Tom Farrington (Edmond O'Brien) sits next to Mary to the annoyance of Phillip Manning (Jeffrey Lynn). 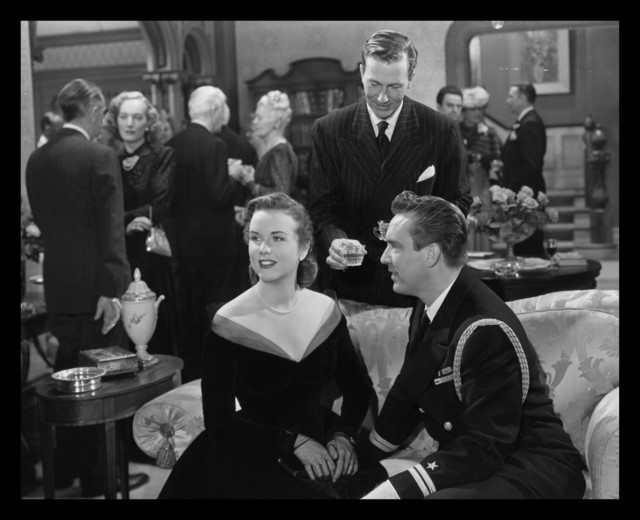 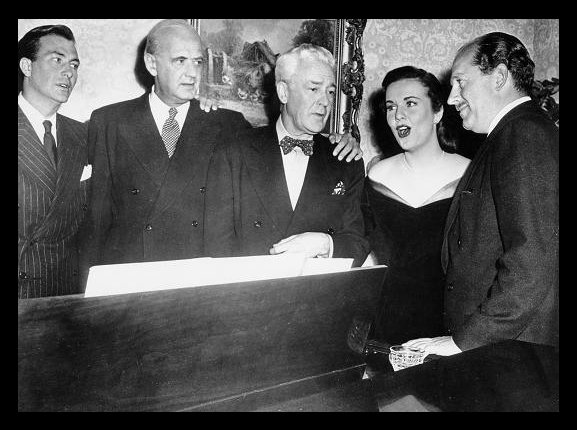 The highlight of FOR THE LOVE OF MARY is the performance of Largo Al Factotum from Rossini's THE BARBER OF SEVILLE. 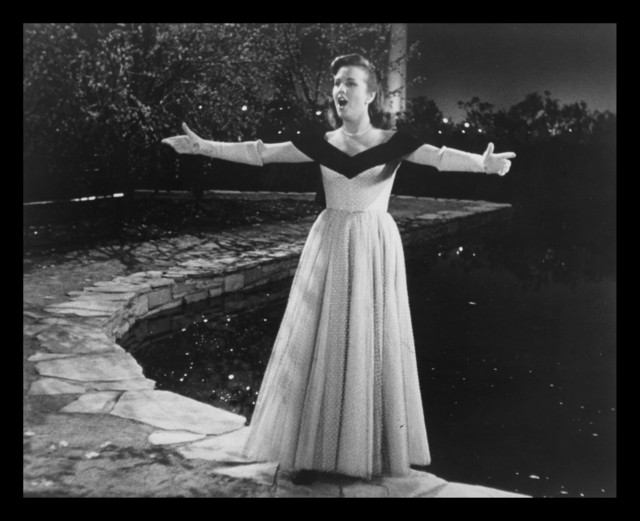 Mary kisses David not knowing that Phillip and Tom are nearby. 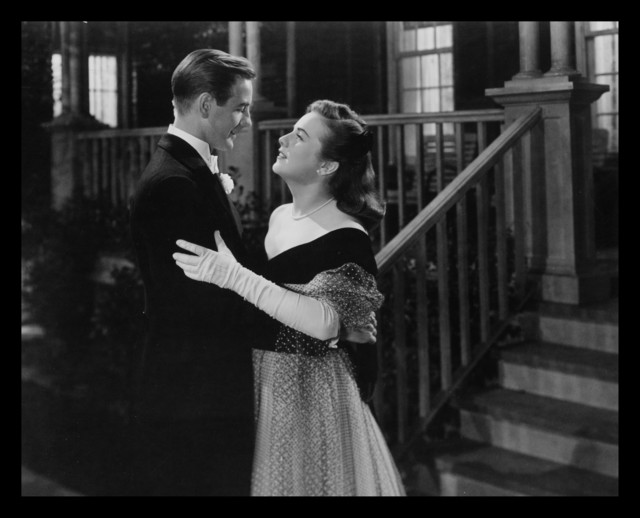 Justice Peabody (Harry Davenport) reads out the terms of agreement for the annexation of Kokopango Atoll. 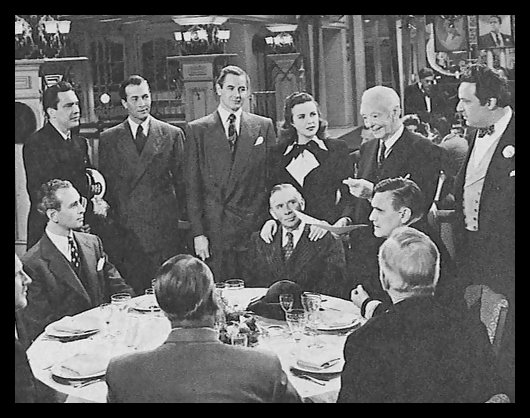 In the kitchen scene at Gustav's Restaurant, Mary is wearing earrings in some camera shots, but not in others.

The same white car passes by twice as Mary talks to David at the gate of the White House. 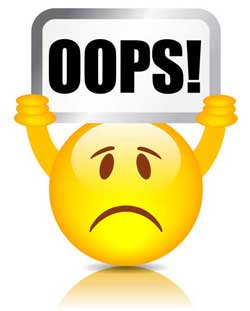 Miss Harkness says to Mary who had just spoken to the President, "Mary, I've been working that board for 15 years and never got that chummy with the Vice President!"

Deanna Durbin with cameraman William Daniels on the set: 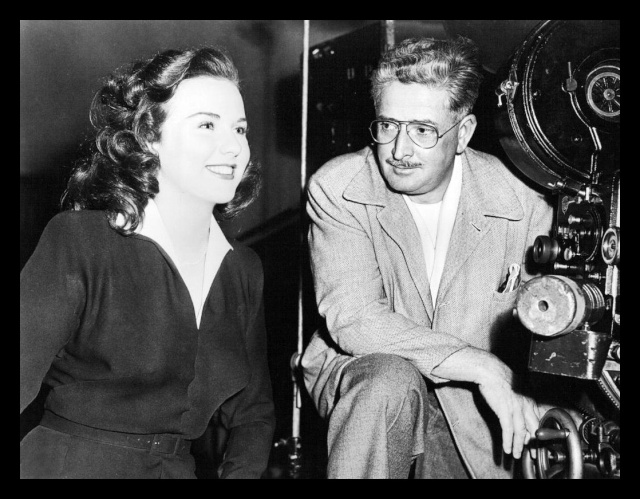 Deanna Durbin receives advice about the latest switchboard for her role as Mary: 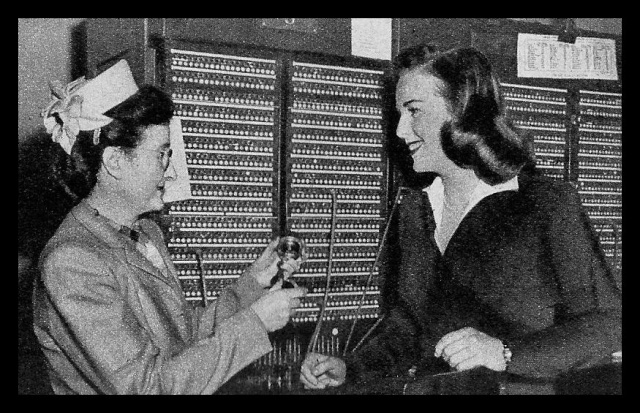 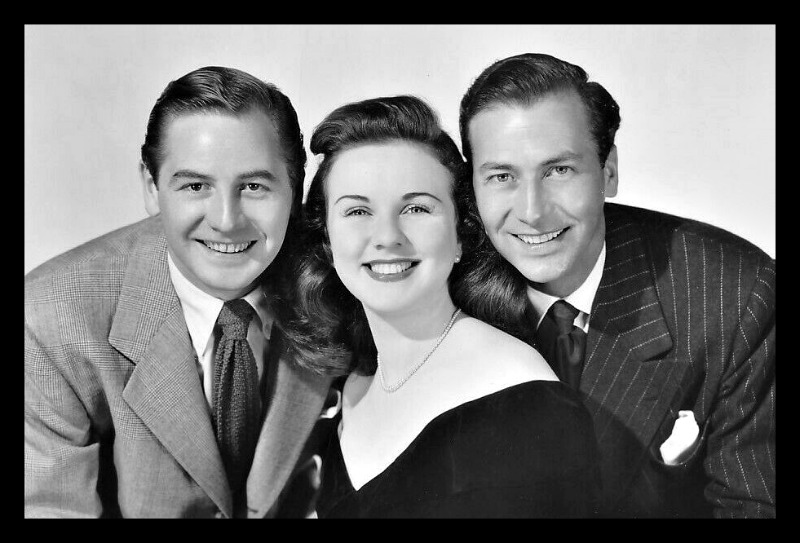 The original title was WASHINGTON GIRL and there was also talk of a title called THE WHITE HOUSE GIRLS: 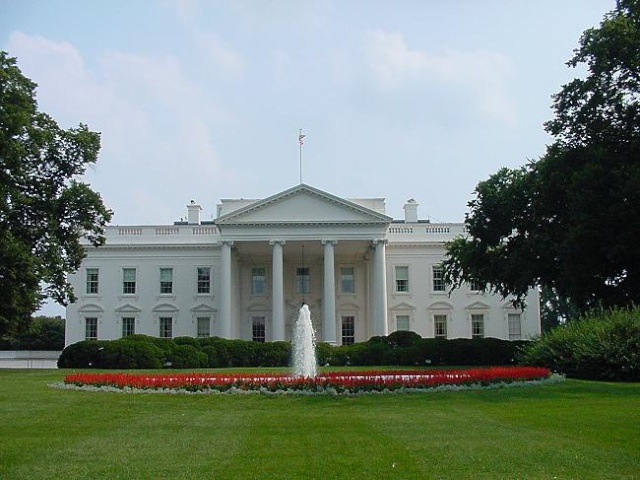 INTERESTING NOTE: Despite the release date, FOR THE LOVE OF MARY was made before UP IN CENTRAL PARK.