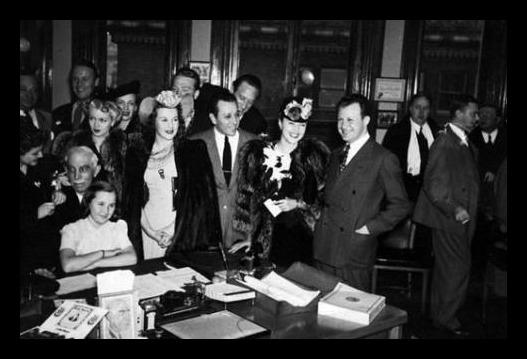 On January 24, 1941, Deanna Durbin had finally finished working on the movie NICE GIRL at 6 pm, and just two hours later was on a train heading east to Washington. She made a brief stop in Chicago on January 26th where she was met by reporters, dignitaries, and several members of the Devotees. Deanna arrived in Washington on January 28th. She saw many of the sights and met up with Nelson Blair who was one of the founders of the Devotees. Deanna then met John Edgar Hoover of the F.B.I. who took her fingerprints. He also showed her the shooting gallery and let her hold a sub-machine gun. Deanna then went to President Roosevelt's 10:30 am press conference and later was introduced to him. At 11:30 am she met Senator Hattie Caraway who took her on a subway ride to the Capitol where she chatted with Vice-President Wallace just before he opened the Senate. Deanna then went to the House of Representatives restaurant for lunch as the guest of Senator John Costello. She met with many high officials including famed big-game hunter Representative George Tinkham who told Deanna he had seen posters of her in the middle of Africa. At 2 pm Deanna spoke to Secretary of War Henry Stimson and Chief of Staff General George Marshall. Then she met Secretary of Navy Frank Knox who talked about movies and airplanes. At 3 pm Deanna spoke to the Ambassador of the Argentine Embassy and then went to the Canadian Legation to meet Charge d'Affaires Mahoney. To end the day, Deanna went horseback riding with Supreme Court Justice Frank Murphy at Fort Myer before attending a tea at the White House. On January 30th, which was President Roosevelt's birthday, Deanna started off at 11 am on a broadcast which introduced all the celebrities to Washington. From there she went to a luncheon at the White House where she spoke with President Roosevelt and the First Lady. Later, Mrs. Roosevelt took Deanna on a tour of the upstairs of the White House. At 6 pm, Deanna was taken to another broadcast and dinner at the Hotel Willard which was attended by many high officials. Then she went from one hotel to another where hundreds of people were celebrating the President's birthday for the benefit of the children who are victims of infantile paralysis. After going to the Hotels Washington, Mayflower, and Shoreham, she returned to the White House to watch the President make his birthday speech after which she shook his hand and bade hime good-bye. Deanna then continued her tour to the Hotels Wardman Park, Hamilton, and Carlton, and finally arrived at the Gold Plate Breakfast at 3 am. It was there that she danced with Mr. Knudsen, the Defence Commissioner. Deanna finally got to bed at 4.30 am which ended her amazing tour of Washington.

Deanna Durbin is in the front row, third from the left: 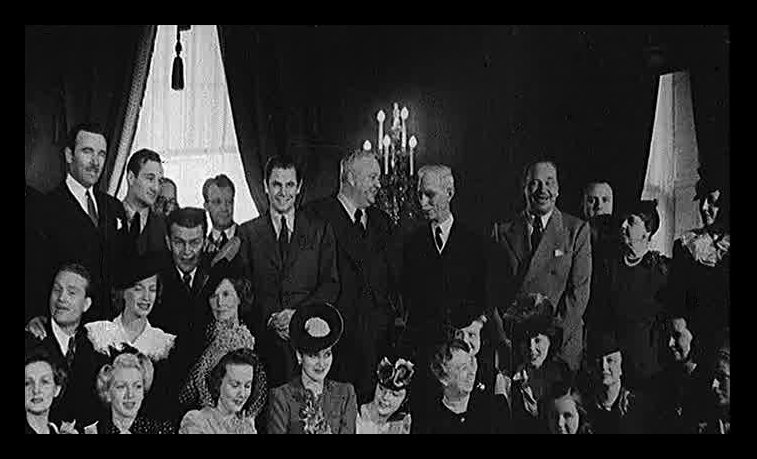 Deanna Durbin is shown by John Edgar Hoover why the FBI always get their man: 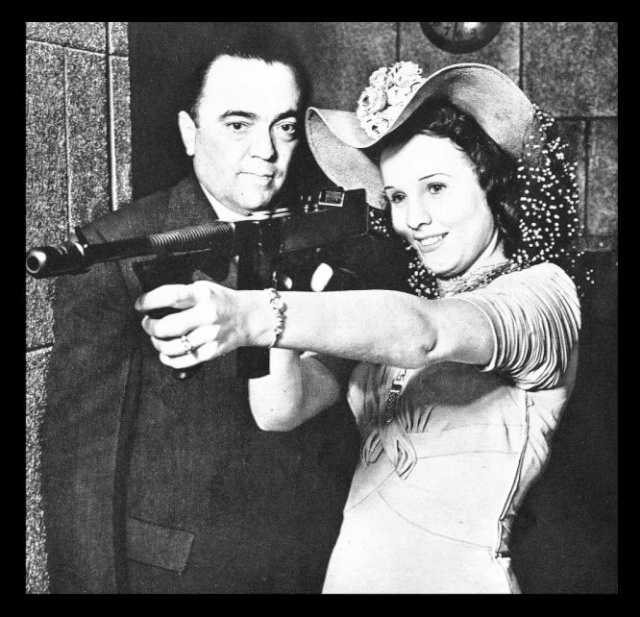 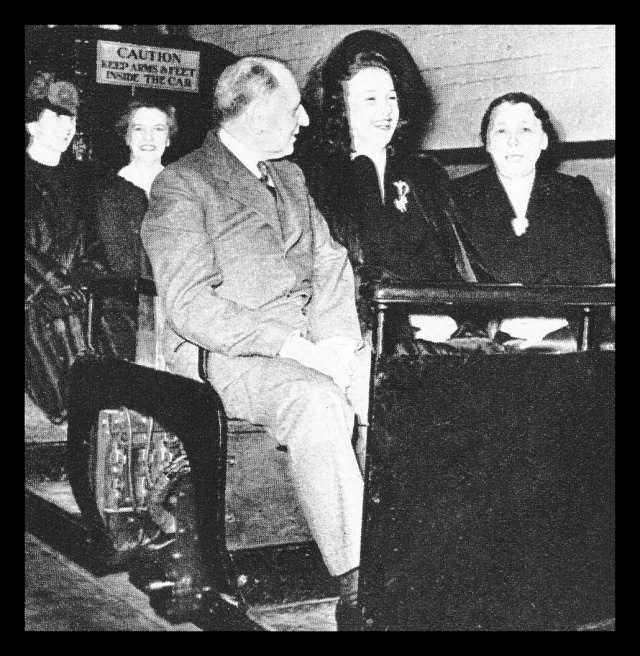 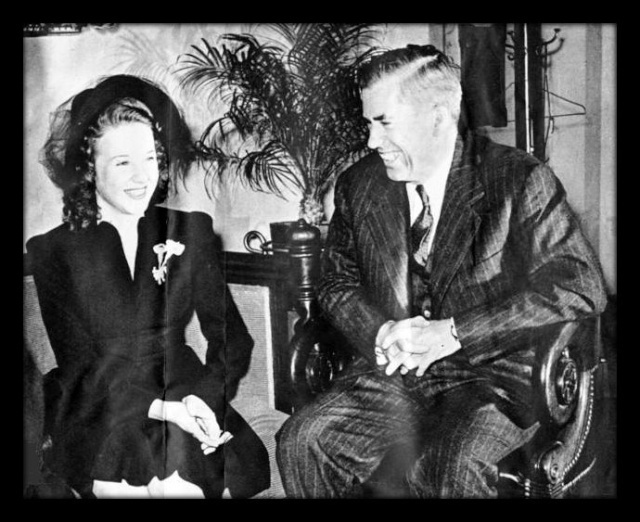 Deanna Durbin is guest of honour at this lunch attended by Representatives Bertrand Gearhart, George Tinkham, and John Costello: 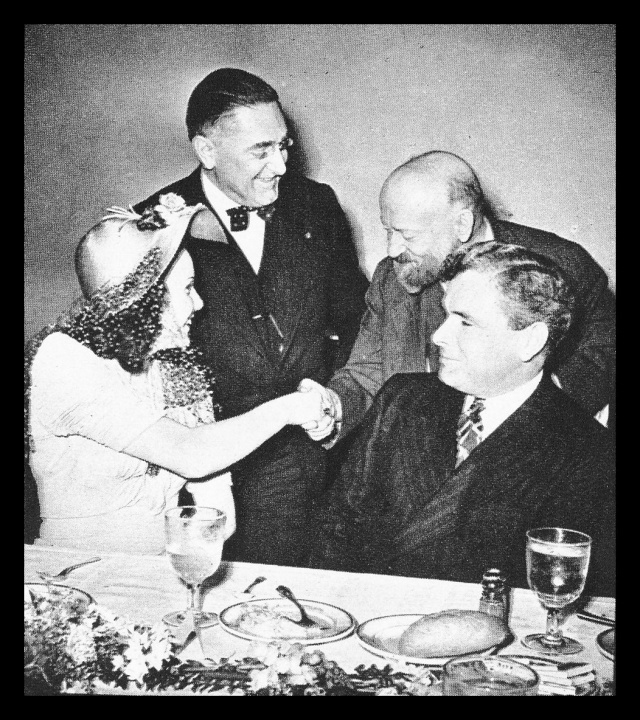 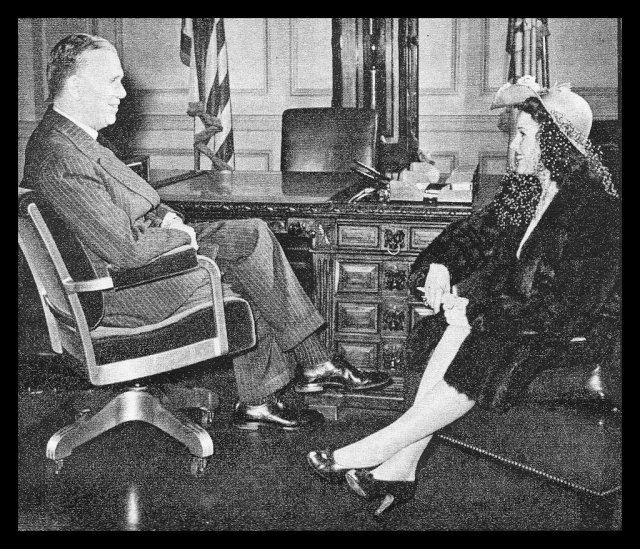 Deanna Durbin visits Secretary of the Navy Frank Knox. Here they examine a model of a Grumman fighter which she autographed: 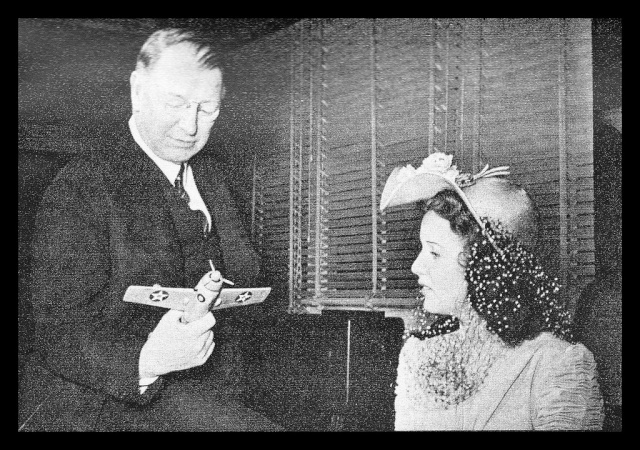 Charge d'Affaires Mahoney, seated at right, and staff give Deanna Durbin a warm welcome to the Canadian Legation: 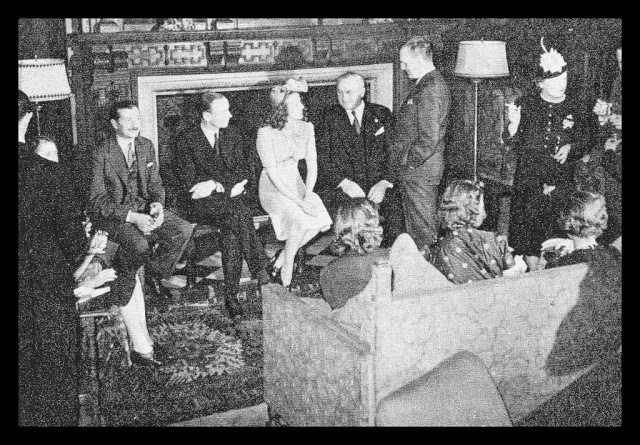 Deanna Durbin and her mother leave the White House after having lunch with President Roosevelt and the First Lady: 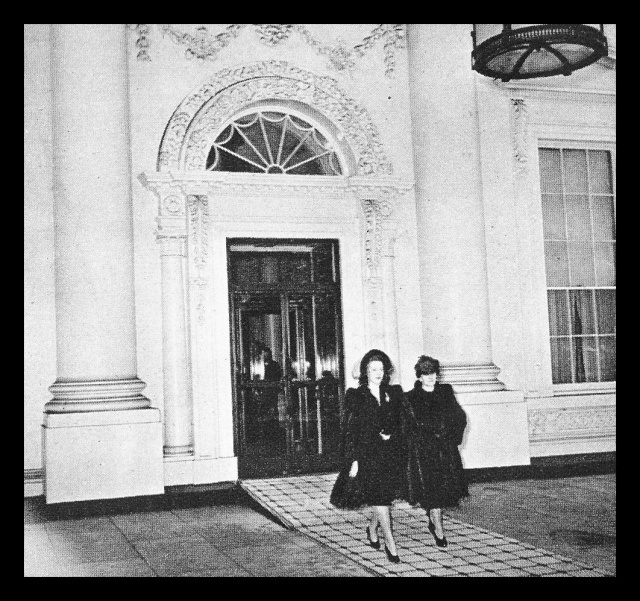 Deanna Durbin with Eleanor Roosevelt who is cutting the cake at the President's Ball: 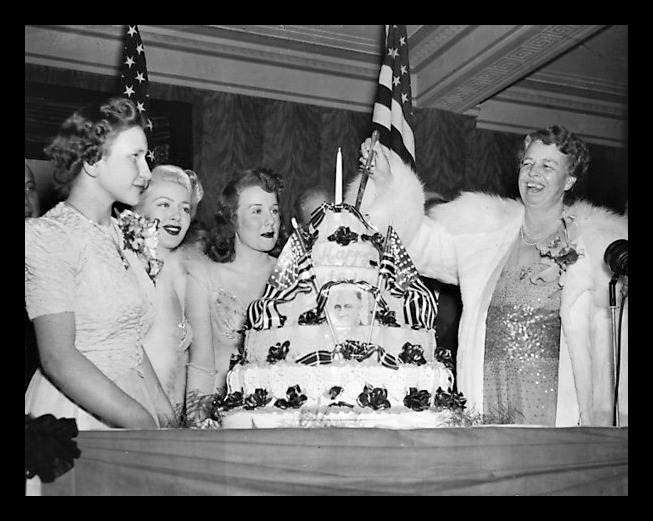 Historical video footage of Deanna Durbin at the President's Ball:

TURN OFF AUDIO FOR BEST RESULTS.

Deanna Durbin ends her trip to Washington after dancing with Defence Commissioner William Knudsen at the Gold Plate Breakfast: 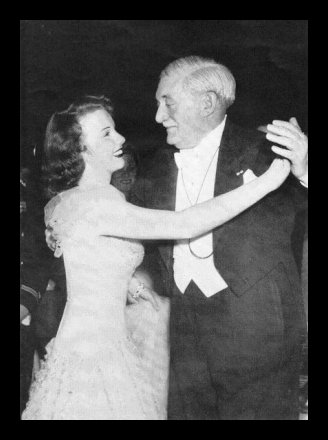