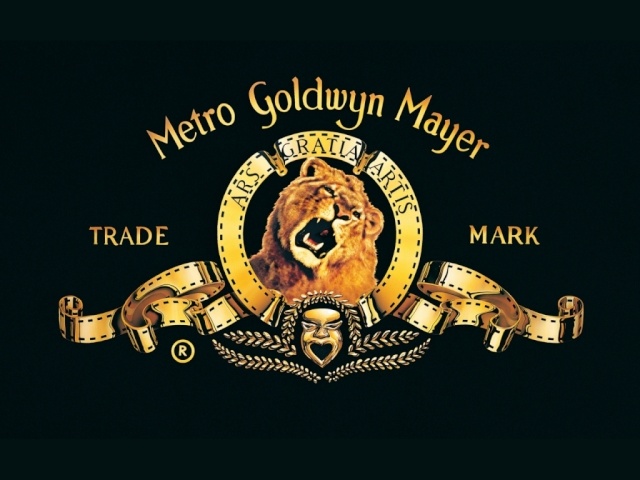 Deanna Durbin explains how she began her career in 1935 at MGM:

The arrangement was made for me to sing before a group of executives. Madame Schumann-Heink became ill and plans for the picture were indefinite, but I was called to the studio and sang "Il Bacio" again.

Mother was with me. I remember I was nervous and a little frightened before we left the house and after we went into the studio, but it passed off when I began to sing. It always does.

When you sing you forget people and things around you. Everything but the song itself is just a blur in your mind and you're not really conscious of anything but the music.

Mr. Mayer was in New York that afternoon. Miss Ida Koverman, who was his executive secretary, heard me sing and asked me to wait a little while. She went into another room and very soon she came back to tell us that Mr. Mayer was waiting to hear me. They held the transcontinental wire open while I sang for him.

He sent me a telegram of congratulation and before we left the studio I signed a contract.

I am certain it was the most thrilling experience of my life up to then. I had listened to recordings of Madame Schumann-Heink hundreds of times and the prospect of singing on the same stage with her was almost frightening. I knew though, that once I began to sing, I would forget even her presence.

Although I didn't suspect it then, of course, I understand that Hollywood plans can never be absolutely certain. The lesson came early and it will probably always be valuable.

Madame Schumann-Heink was unable to regain her health. There was nothing else but to abandon the picture and the world lost the story of a life that was inspiring and full of beauty and great music.

I had won the friendship of Judy Garland. We both loved music and we had fun times planning our futures. It was a new sort of life and each day bought its particular thrills.

Judy stayed with MGM and I was with Universal. We still hold our friendship and we have the same problems and pleasures. Conditions have changed a great deal since those days in the little white frame school house on the lot, but life in Hollywood is still as exciting as it was in those early days.

Deanna Durbin and Judy Garland practice their singing at MGM: 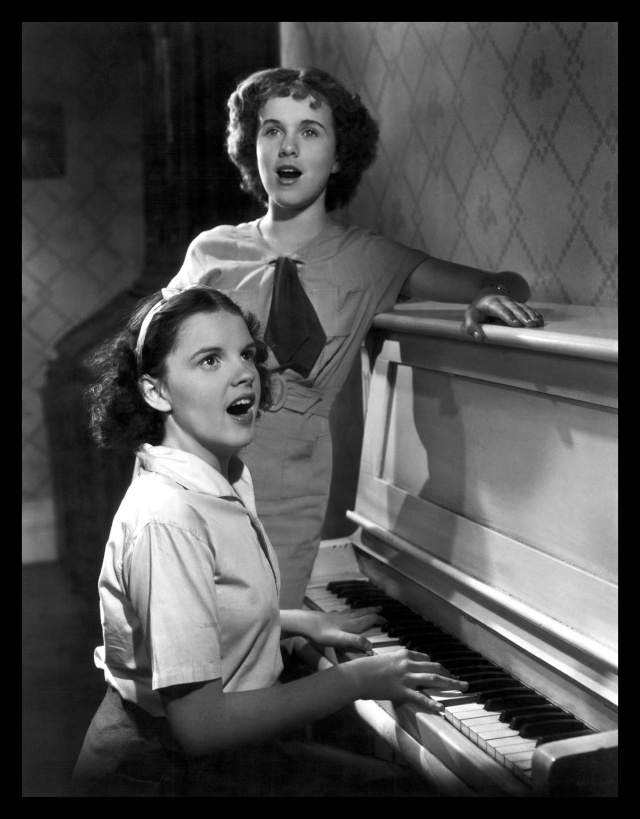 In later years, looking back, Judy Garland said the following: "When I was at MGM, I don't think I was much over twelve years old, and they didn't know what to do with me because they wanted you either five years old or eighteen, with nothing in between. Well, I was in between, and so was little Deanna Durbin, and they didn't know what to do with us. So we just went to school every day and wandered around the lot. Whenever the important stars had parties, though, they called the casting office and said 'Bring those two kids.' We would be taken over and we would wait with the servants until they called us into the drawing room, where we would perform. We never got five hundred dollars, though. We got a dish of ice cream, and it would always be melted."

Deanna Durbin at MGM with Judy Garland and Mickey Rooney near the start of their careers: 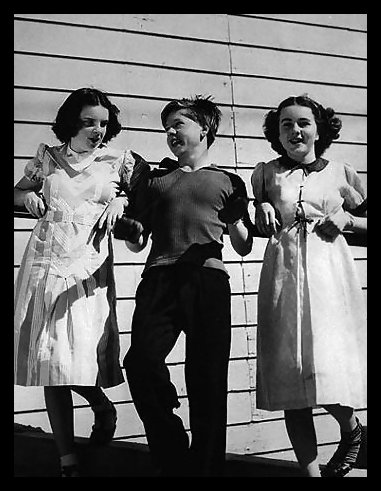 Deanna Durbin with Jackie Cooper and Judy Garland taken in May of 1936 at MGM: 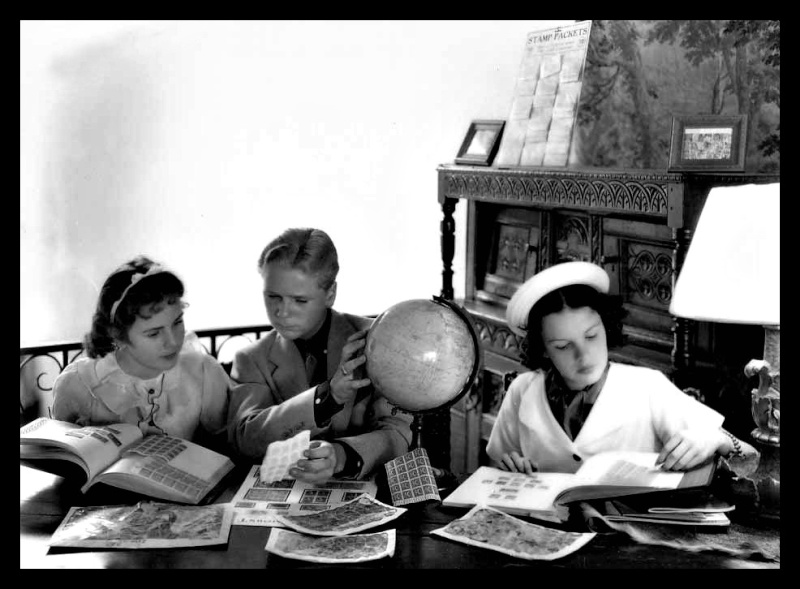 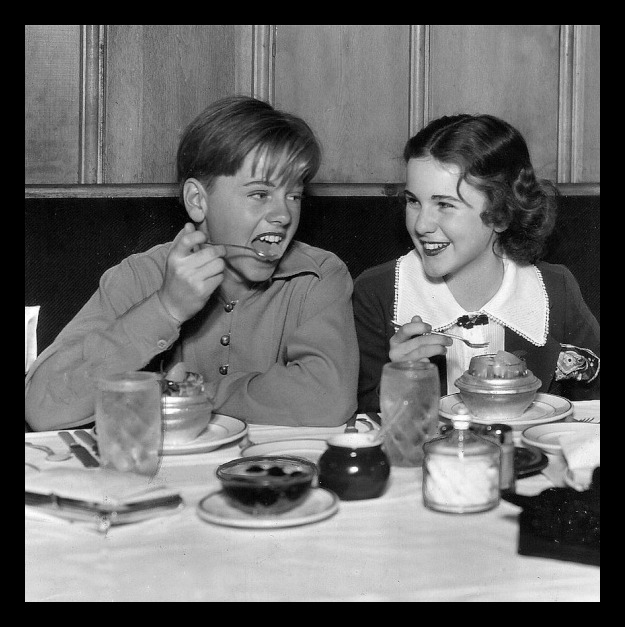 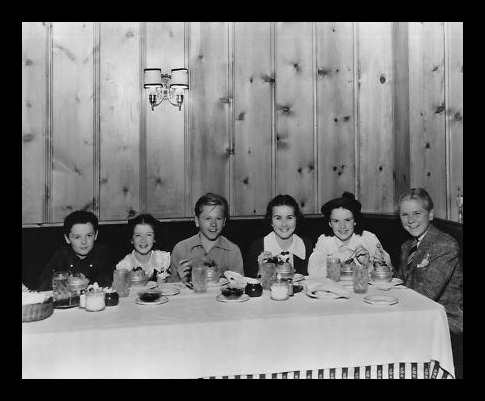 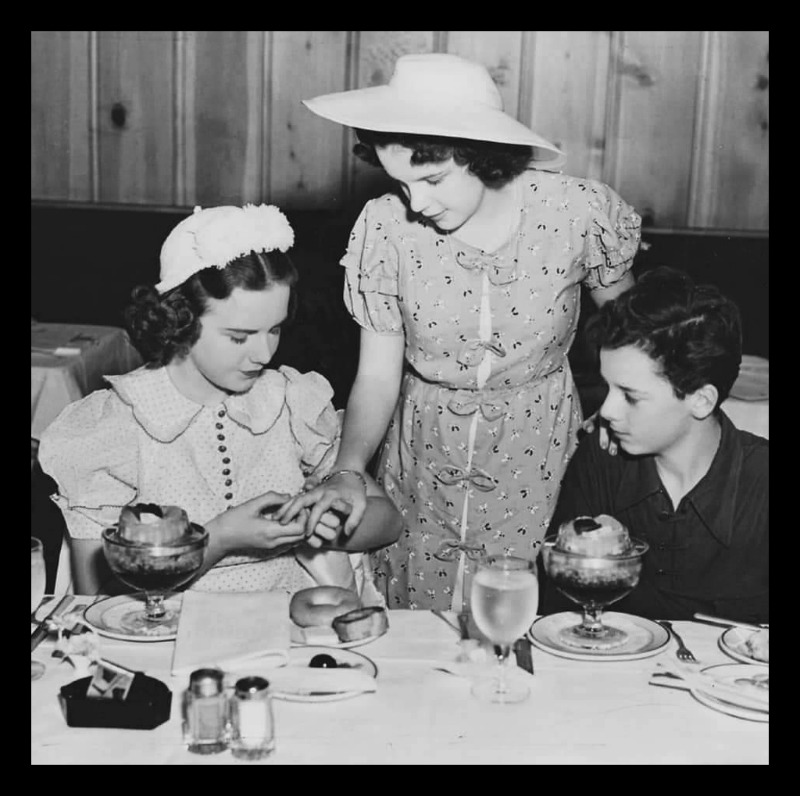 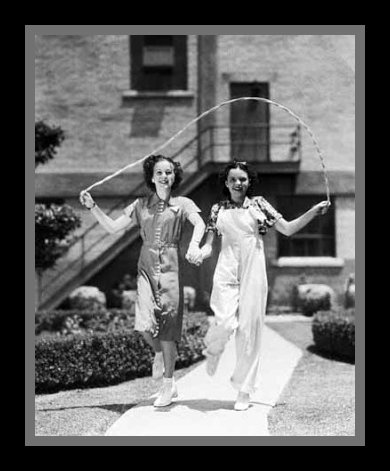 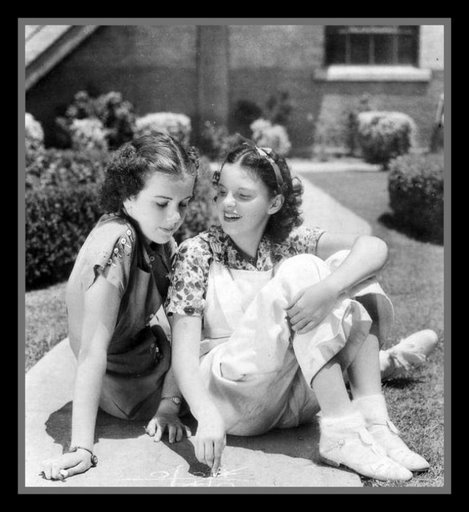 Deanna Durbin and Judy Garland working in the warm sunshine at MGM: 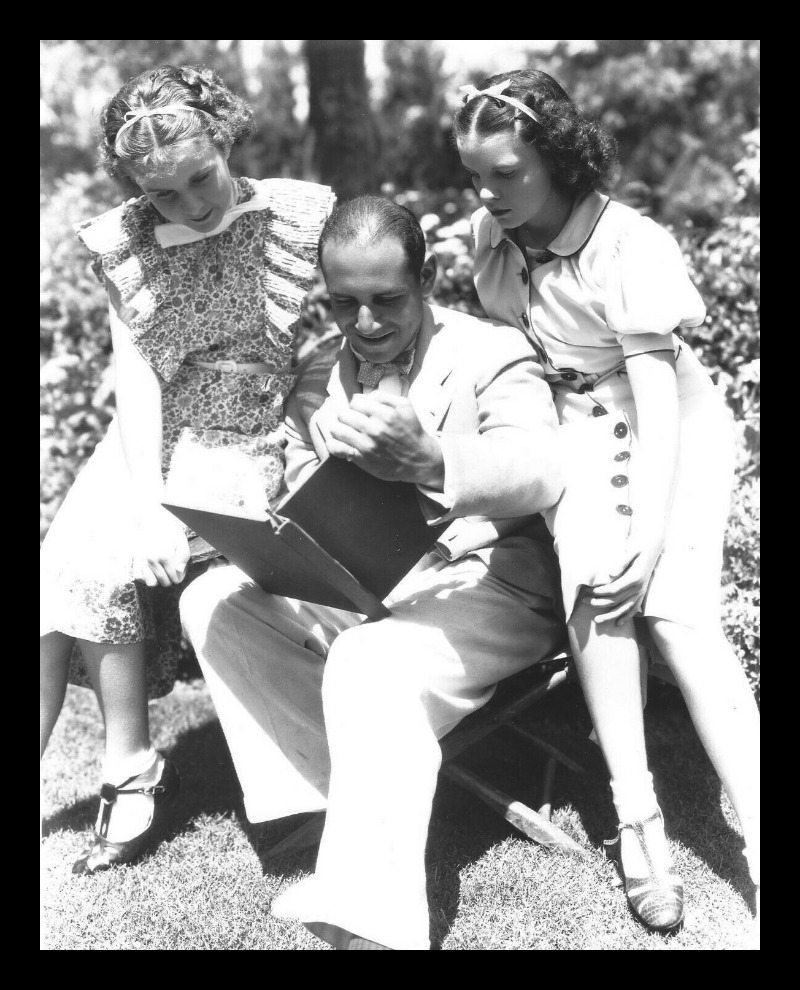 This is a 1936 photo taken at MGM of Deanna Durbin with Judy Garland and Buddy Ebsen: 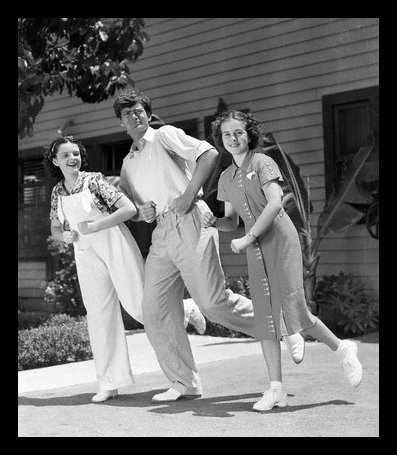 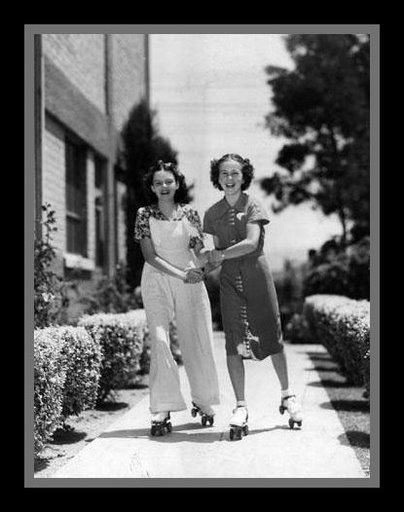 Deanna Durbin with Judy Garland in the MGM short film called EVERY SUNDAY: 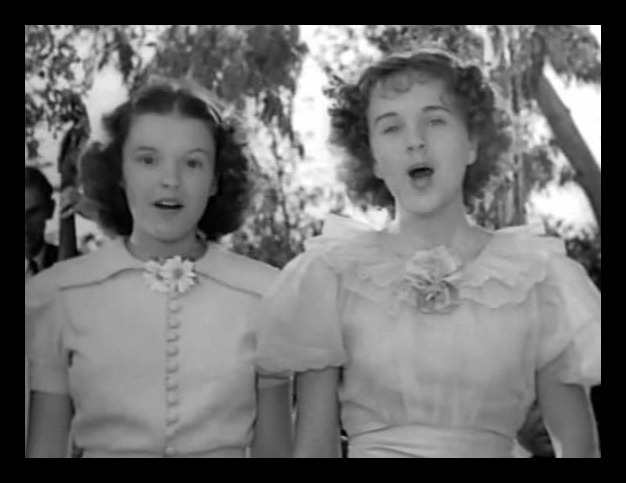 Going by the historical reports that can be found, it would seem that MGM based its decision to drop either Deanna Durbin or Judy Garland on the screening of a 1936 Exhibitors Reel that may have had the working title ONE RAINY AFTERNOON featuring the two young girls which was produced before EVERY SUNDAY.

The Exhibitors Reel has been lost in history, but Judy Garland may of made mention to it when she stated one time, "I had a dirty face and an apple in my mouth, and she was the 'Princess of Transylvania' or some such crazy thing."

The story goes that while Louis B. Mayer was away on a trip he instructed his people at MGM to "drop the fat one." They misunderstood and mistakenly let Deanna go.

When Mayer found out that Judy Garland was still at the studio and that Deanna was gone – he was very upset. That's just one of the reasons Mayer was never overly fond of Judy. He also preferred Deanna's classical singing over Judy's jazzy repertoire.

Soon after Deanna was released by MGM, Universal Studios gave her a contract on the 13th of June and cast her in the September production of THREE SMART GIRLS which became a major smash hit. An executive from MGM was overheard speaking about the two girls saying: "Universal got Tiffany's and we're stuck with Woolworth's."

To this day, Deanna Durbin is the only actress in motion picture history to have ten hits in a row. The first ten were both artistic and financial successes. All of that money rolling into Universal certainly bothered Louis B. Mayer.

Judy eventually became a star for MGM and brought in a lot of revenue. The biggest problem was that Louis B. Mayer treated his stars like family and Judy was always causing trouble.

Even Mickey Rooney was not a problem. Mickey was there, he knew what to do, and a lot of times covered-up for Judy. She cost MGM a lot of money with production costs going way overboard. That more than anything is what put Mayer against her.

We can only imagine how movie history would have changed if Deanna Durbin had stayed with MGM. 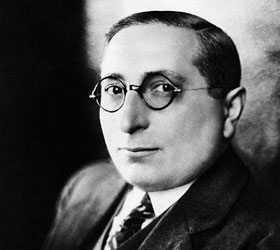 In 1940, Judy Garland said the following, "They (MGM) probably would never have done anything with me except that Deanna made such a hit just then (THREE SMART GIRLS) and all the studios were looking for kids who could sing." 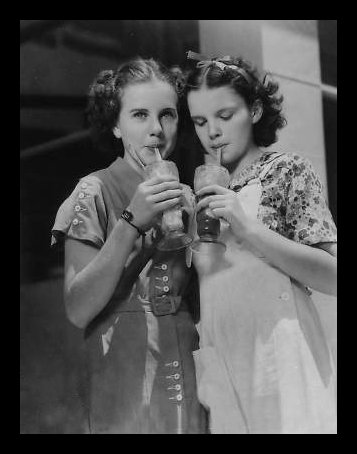 MGM seriously considered Deanna Durbin as an alternative to Judy Garland to play the role of Dorothy in THE WIZARD OF OZ.

Comparing the two girls, Deanna was already a huge star, a superior actress, a much better singer, and more attractive than Judy. So there is no doubt that Deanna would have made THE WIZARD OF OZ an immediate box office success!! 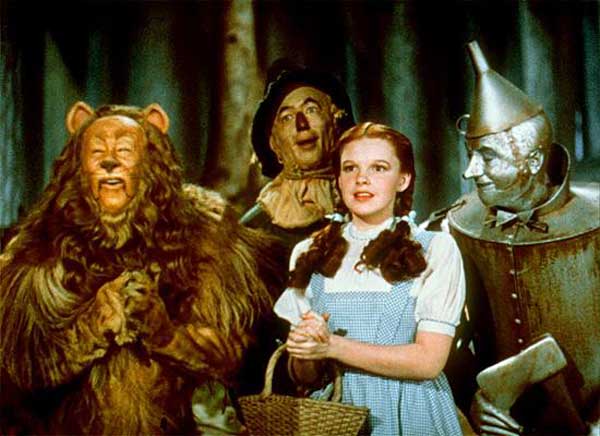 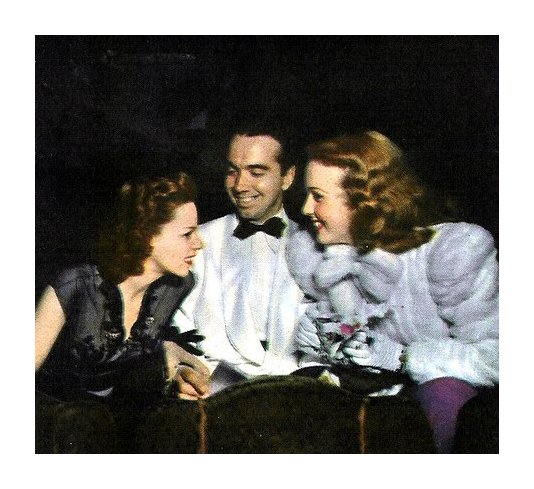 Deanna Durbin said the following about Judy Garland after she suddenly died in 1969: "People put child stars on a pedestal. They expect them to be perfect little darlings and to remain that way when they grow up. People criticise them when these stars grow up and prove themselves to be human beings with their own faults."

In 2003, BBC Radio in Wales conducted a poll asking its listeners to name "The 30 Greatest Performers of the 20th Century."

Deanna Durbin was the top salaried woman in the United States and the highest paid movie actress in the world. For all her success at MGM, even at the height of her career, Judy never was paid, or earned as much money as Deanna did throughout her career at Universal. 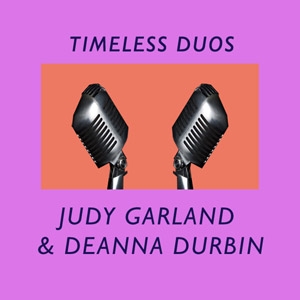