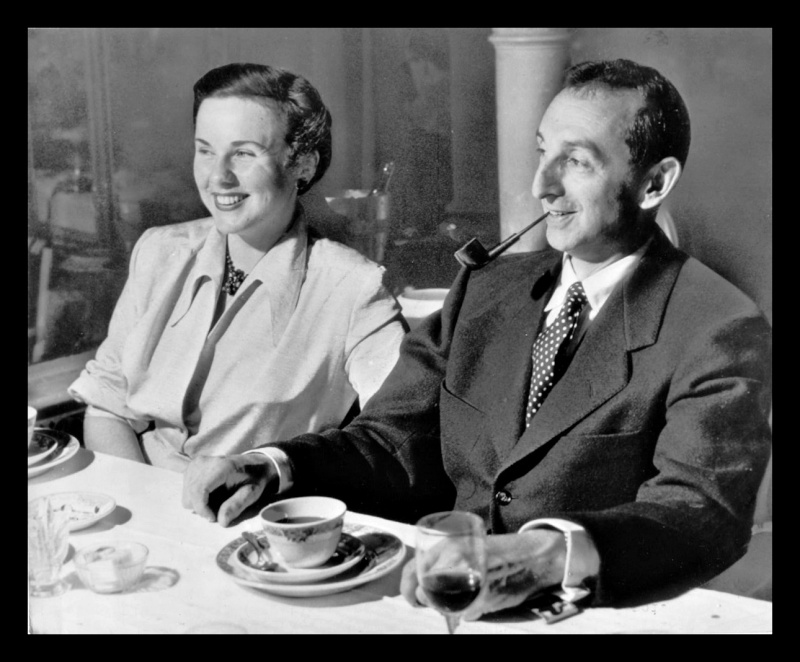 Charles David was born on the 4th of May, 1906 in Metz, Lorraine, Germany (now Metz, Moselle, France). Deanna first met him during the production of THE AMAZING MRS HOLLIDAY, and in 1945 he was her director for the 1945 movie LADY ON A TRAIN.

Deanna Durbin and Charles David enjoying Paris in the spring in Bois de Boulogne in May of 1950: 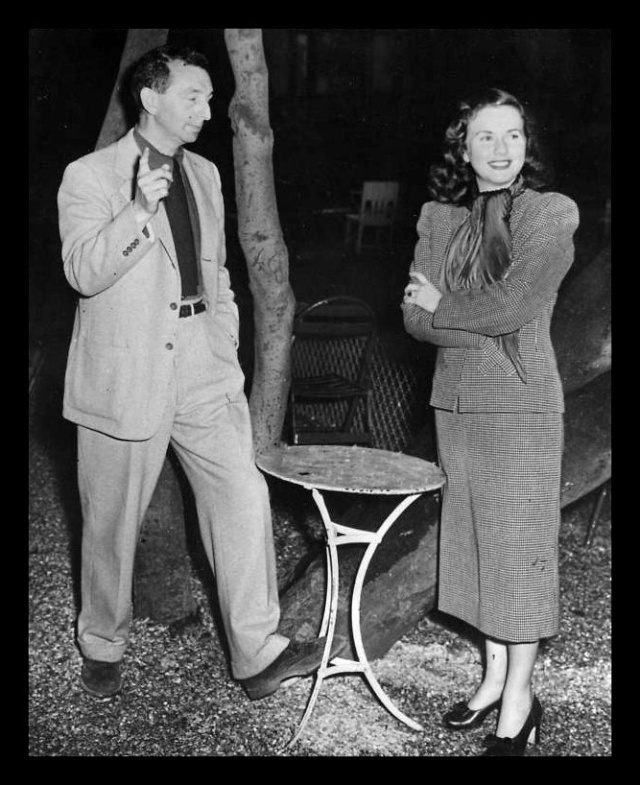 Deanna Durbin lived in a Paris flat then after her marriage banns were posted she moved to the town of Sarreguemines on the fringe of the Vosges mountains. 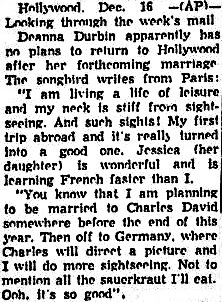 Deanna Durbin married Charles David on the 21st of December, 1950. Charles was 44-years-old and it was his second marriage. The wedding attracted little attention from the local residents and no crowds gathered to cheer or toss confetti. Deanna wore a simple travelling suit and answered "oui" when asked by the deputy mayor if she wished to marry Monsieur Charles David. 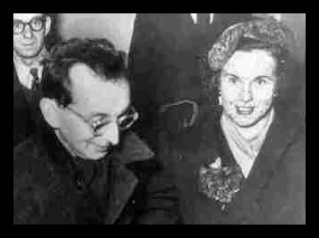 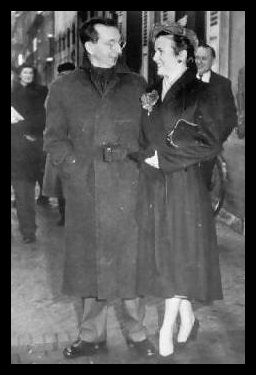 After Deanna's marriage to Charles, she became more domesticated which included food shopping and improving her French cooking skills. She also employed a Spanish maid who could neither speak English or French and Deanna couldn't speak Spanish, but she still managed to teach her to cook. The gardener Deanna hired passed away so she took over the gardening duties. 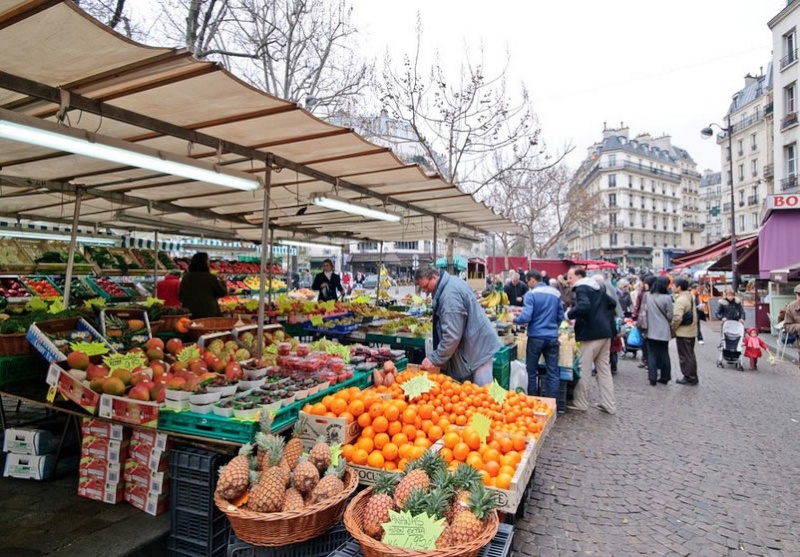 Usually the Davids were at home from Friday evening until Tuesday morning, which is when they drove into the heart of Paris where they had an apartment. Preparatory to leaving, Charles came out and got into the driver’s seat, then Deanna would come out and unlock the front gate. She waited for him to drive onto the road and then locked the gate again before getting in the car beside him. Weather permitting, Deanna would likely wear a tweed suit, often of a blue mixture, and have a soft blue scarf tied about her hair. The apartment on the Ile St. Louis is a penthouse atop one of the 17th and 18th century buildings so favoured by international millionaires, like the late beauty tycoon, Helena Rubinstein, and the young Aga Khan. On the ground floor of the building overlooking the Seine and the Right Bank of Paris, is a restaurant old enough to have a plaque proclaiming it a historical landmark. Its dark wooden walls contrast dramatically with the pale stucco of the rest of the building. To reach the apartment, they had to climb three flights of steep and narrow stairs. The building, like most on the Ile St. Louis, is too old to accommodate an elevator. Their furniture was modern – and sparse.

The apartment where Deanna and Charles stayed when they visited Paris: 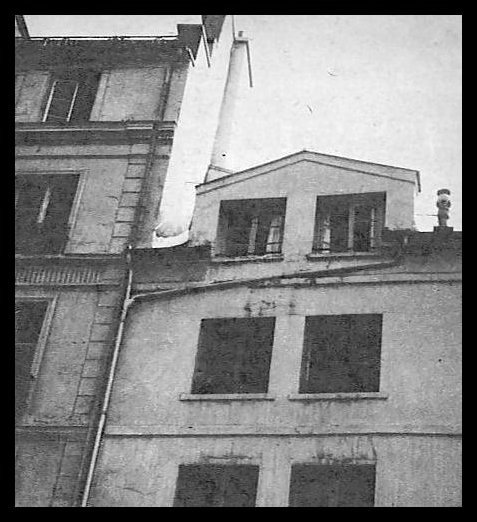 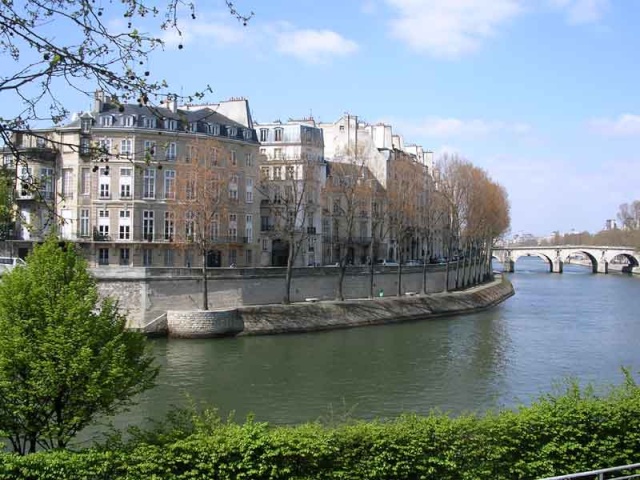 A lovely 1953 photo of Deanna Durbin with husband Charles David: 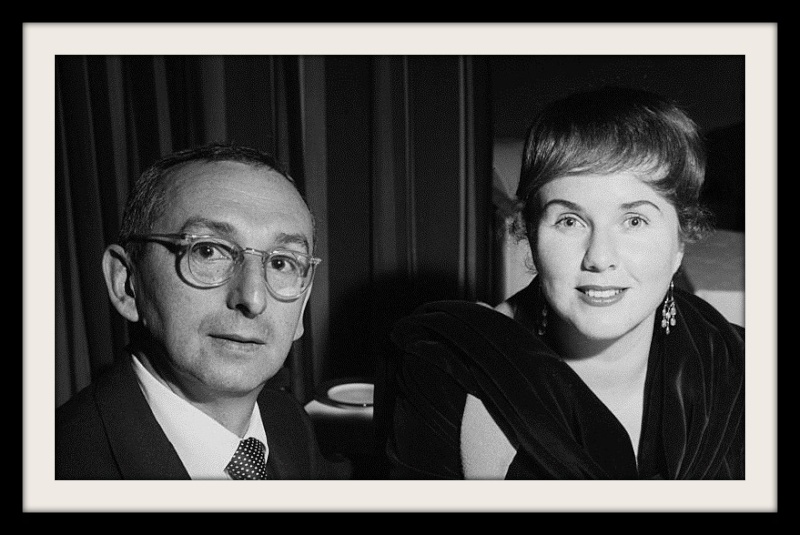 A letter from Deanna Durbin David to a newspaper: 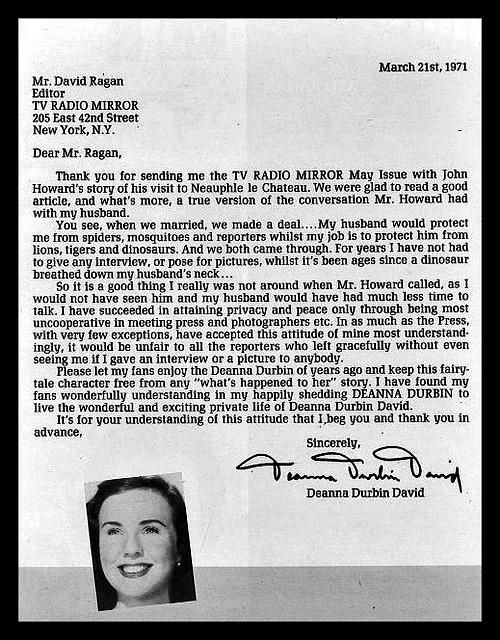 Charles David passed away on the 1st of March, 1999. He went swiftly with no pain and Deanna was with him.