The school on Manchester Avenue as it is today: 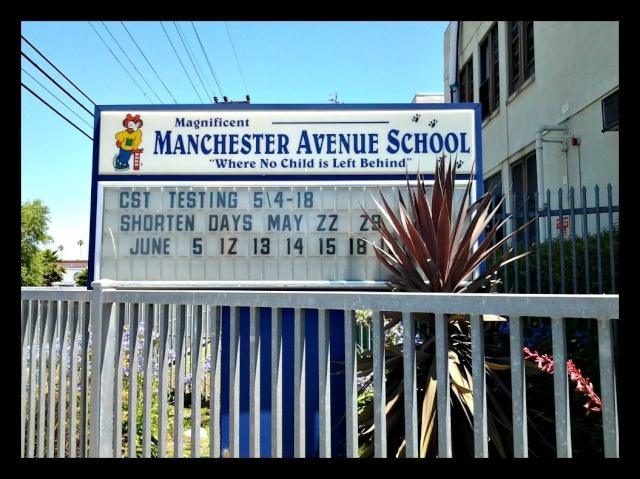 Deanna Durbin tells us about her first play at Manchester Avenue Grammar School:

"I went to Manchester School and it was there that I appeared in my first play. I portrayed
one of the mean sisters in a class presentation of CINDERELLA. The other was a girl named
Lois Ransom. We were in the third grade and we became good friends. After that year we
drifted apart and seldom saw each other, but now we have come together again suddenly
and in a way that seemed to be quite unusual in Hollywood. When I started work in my
present picture, FIRST LOVE, a new girl walked on the set and it was Lois. We recognized
each other instantly and you can imagine what a reunion we had. It seems a long time
back to the CINDERELLA play, but it hasn't been so many years, really. Lois hopes to make
acting her life work. She has been aiming toward it all through school and now she has a
very good chance."

The next school Deanna attended was just around the corner. It was Bret Harte Junior High where she formed many happy childhood friendships and earned spending money by serving as cashier in the student cafeteria.

Bret Harte as it is today: 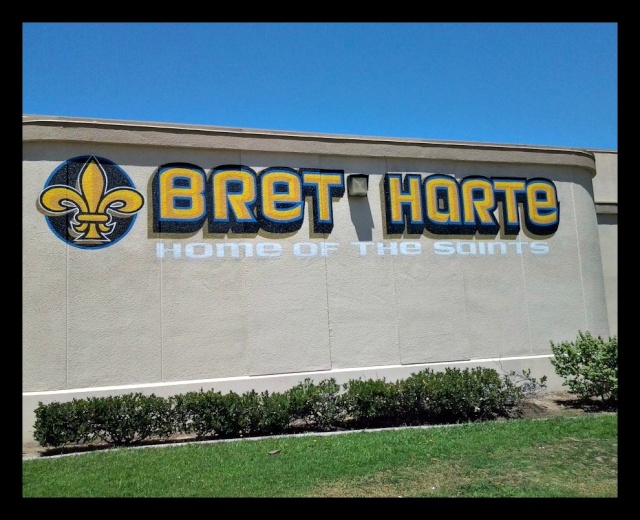 This is a 1934 photo of Deanna Durbin (third row, second from right) with her classmates at Bret Harte: 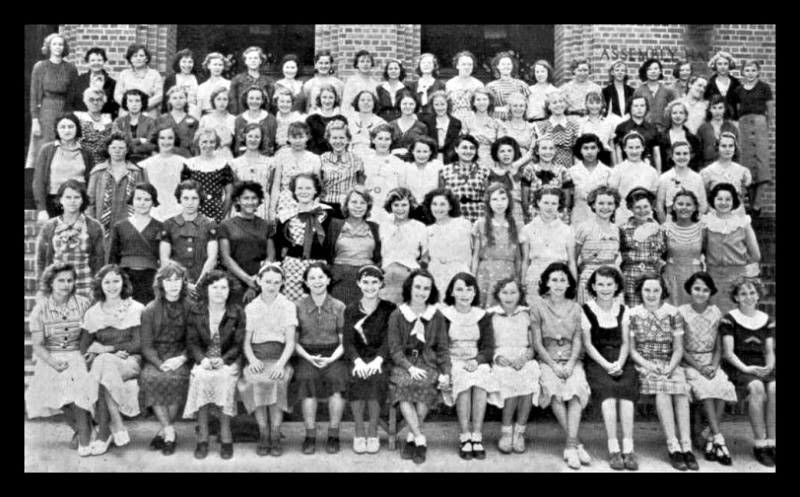 At Bret Harte, there were three girls who were Deanna's special friends: Paula Jenkins, Jane Rawhut, and Elvera Anderson.

Notice the ASSEMBLY sign on the brick wall when the original photo was taken: 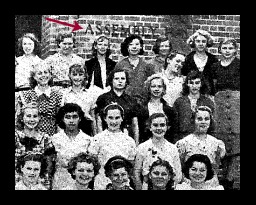 The sign has since been removed, but the bolt holes can still be seen with this overlay for the first letter of ASSEMBLY: 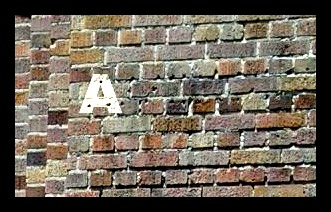 This is the exact spot at Bret Harte as seen today where Deanna Durbin stood for the class photo: 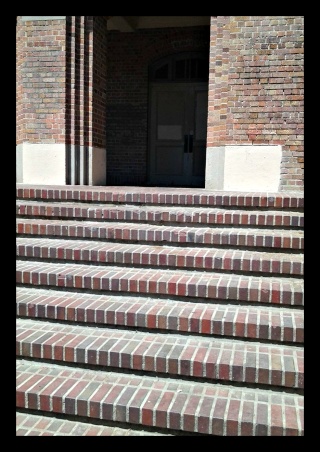 On Friday, March 10, 1933 at Bret Harte, Deanna Durbin appeared in a play called SIX WHO PASS WHILE THE LENTILS BOIL. Deanna (holding up her right arm) is seen here playing the role of the Ballad Singer: 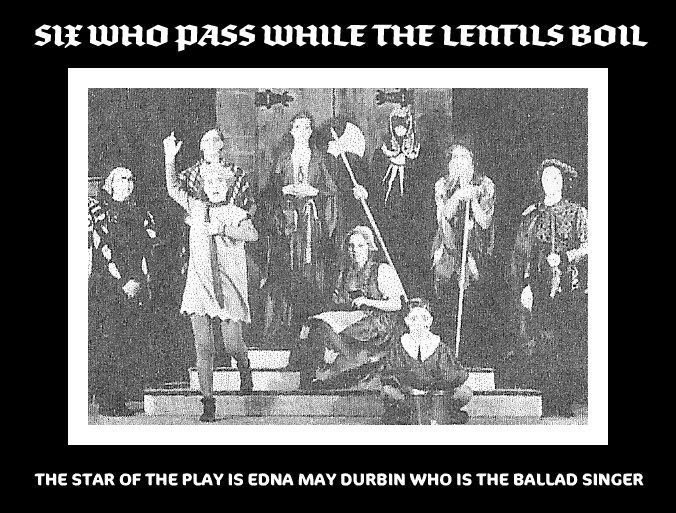 When planning the play, SIX WHO PASS WHILE THE LENTILS BOIL, Mrs. Carleton (drama teacher) wanted to give as many in the class as possible a chance to perform. Bret Harte did not have a large enough auditorium to accommodate the entire school, so they had two casts for two performances of the play. The best actors from the two casts were then selected for an evening performance for the parents. Deanna's performance as the Ballad Singer was so wonderful, she was named in both casts!!

While the Boy watches boiling lentils for his mother, six people pass: The condemned Queen (who he promises to hide), the Mime (who tempts him to abandon his duty), the Milkmaid (who tells him about the reward offered for the Queen), the Blindman (who shows him why it is best to keep a promise), the Ballad Singer (who would wander all his life rather than break a promise), and the dreadful Headsman (who is outwitted by the boy). Her Majesty gratefully knights the Boy (who has done his duty and kept his promise).

INTERESTING NOTE: Late afternoon on the same day after the play was performed an earthquake hit the local area. Edna and her family were not hurt. More than 230 school buildings were either destroyed, suffered major damage, or were judged unsafe to occupy. A month later the California State Legislature passed the Field Act mandating that school buildings must be earthquake resistant. If the earthquake had occurred during school hours, the death toll would have been much higher for the region. 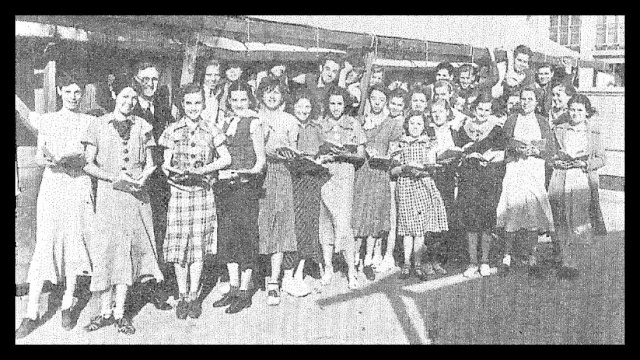 SPECIAL NOTE: In the mid 1930's, a classmate received a letter from Deanna signed "Edna May" which is the ORIGINAL & CORRECT spelling of her Christian names. 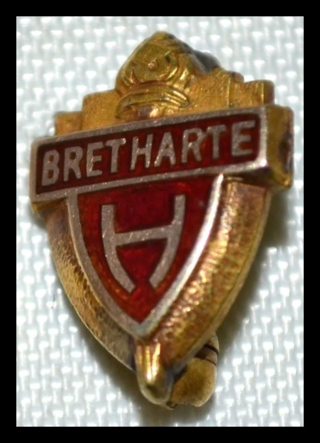 After Deanna Durbin got a contract with MGM and then Universal, she continued her education on the studio grounds.

Now the law in California stated that children could not work for more than 4 hours a day and must have at least 3 hours of school lessons. Also, movie children had to pass all their school subjects.

Deanna would take her lessons near the set between scenes or at the studio school house.

Deanna wasn't great at math, but she was determined to get a pass mark. She once indicated that it would be wonderful to have Albert Einstein to teach her math, and that afterward he could play the violin and she could sing!! 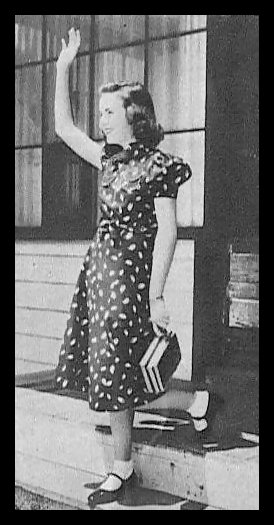 According to the law, anyone making films who was under eighteen was a minor and was not allowed to work after six pm.

Every minute Deanna was free from filming, her teacher, who was always standing by, would lead her to the dressing room to re-concentrate on her studies: 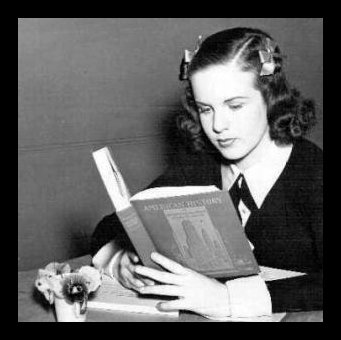 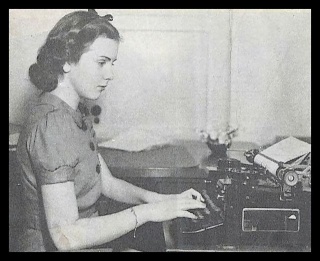 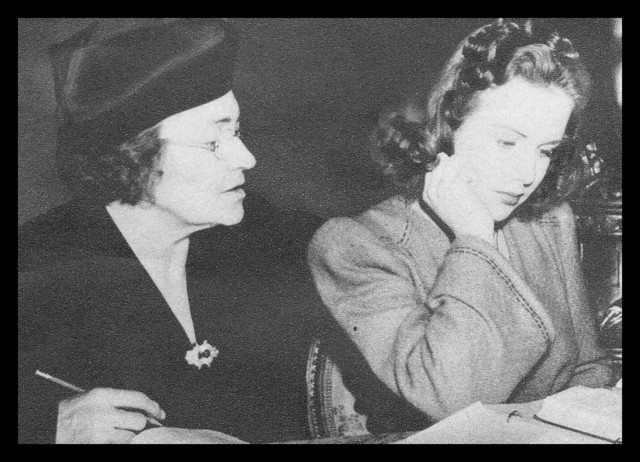 Kellaphene Morrison talks about Deanna Durbin as a student:

Mary West, Kellaphene Morrison, and Harold Minnicar were some of Deanna Durbin's teachers and tutors during her early movie career.

According to Mary West, Deanna behaved in the schoolroom like any other girl her age. She liked to tease and play jokes on her classmates. Deanna had a quick and inquisitive mind and rapidly learned her lessons. She was always on the alert for bits of information. 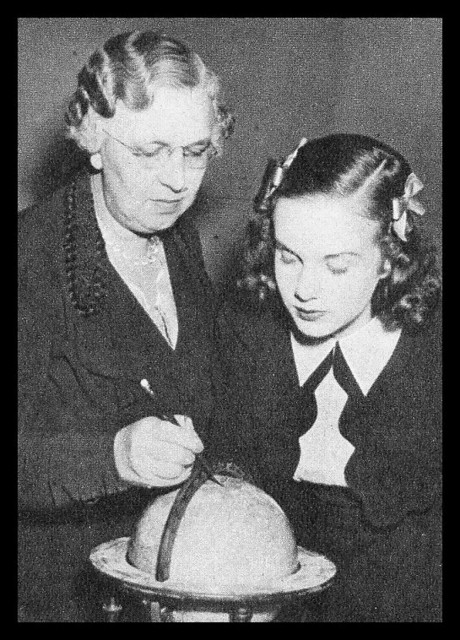 In this April 1937 photo, Deanna Durbin is being taught by Mary West at Universal Studios. The other pupils include Peggy Ryan, Nan Grey, Betty Jane Rhodes, and Martha O'Driscoll: 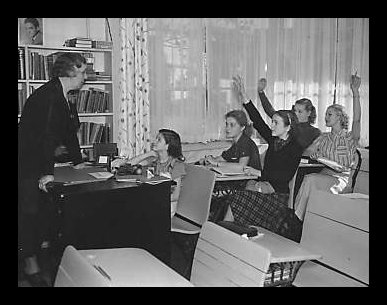 Mary West in charge of a reading session with Deanna Durbin, Jeanne Dante, and Nan Grey: 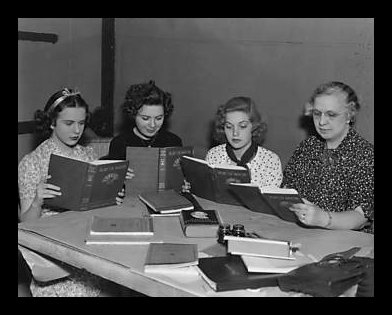 Deanna Durbin was one of Mary West's brightest pupils: 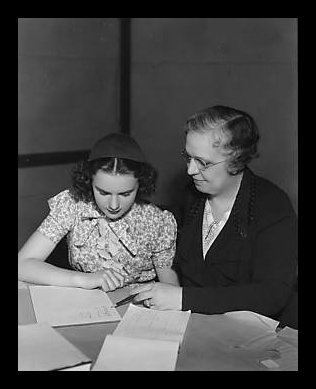 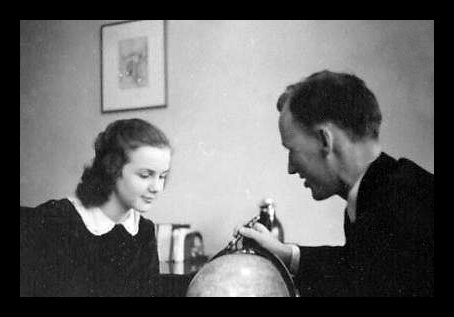 Even as a student Deanna Durbin knew she had become world famous: 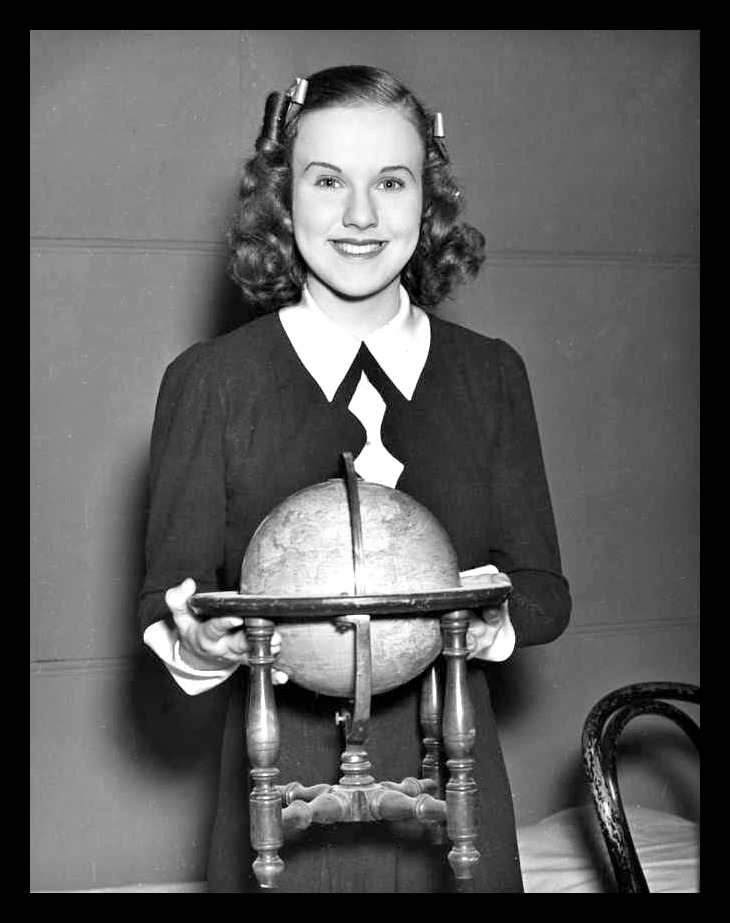 Be not afraid of greatness. Some are born great, some achieve greatness, and some have greatness thrust upon them: 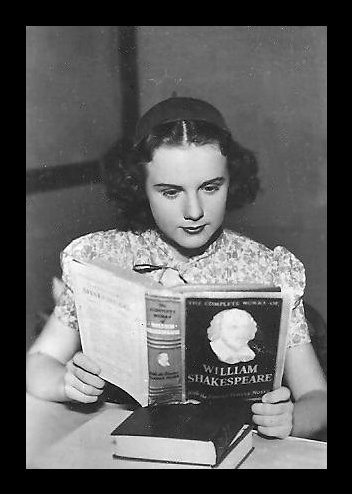 Deanna Durbin enjoying an apple while hard at work for school examinations: 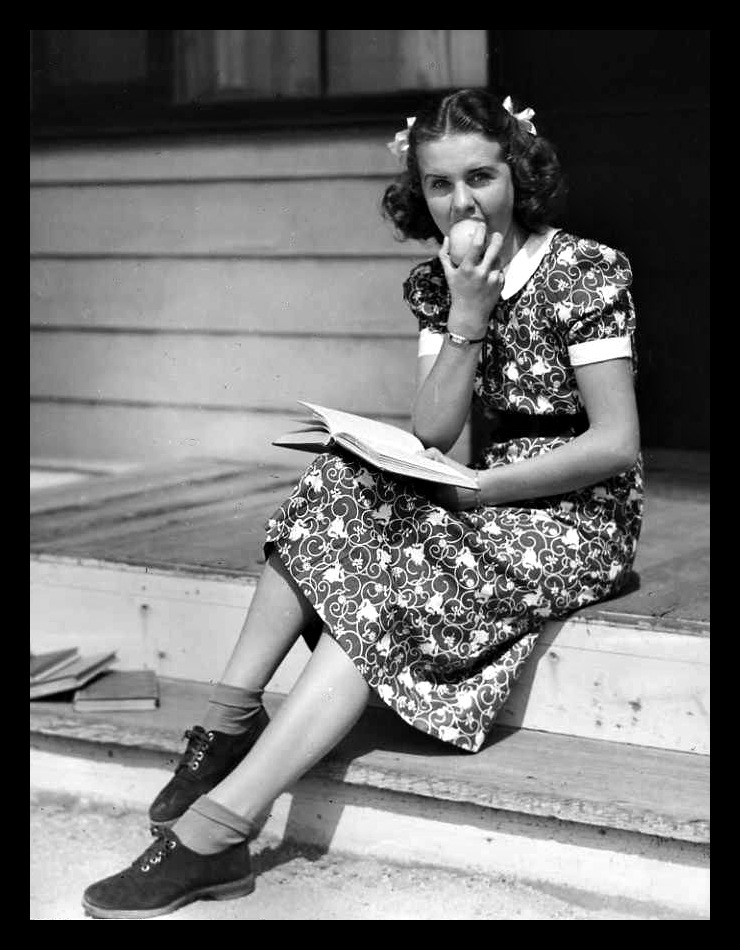 Deanna Durbin officially graduated from High School on the 26th of June, 1940: 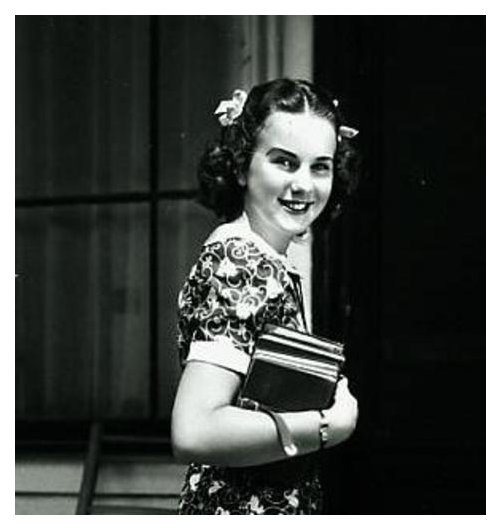 Sadly, Deanna wasn't able to attend both her Bret Harte Junior High School graduation ceremony and her graduation in which she became an alumnus of the University High School of Los Angeles.